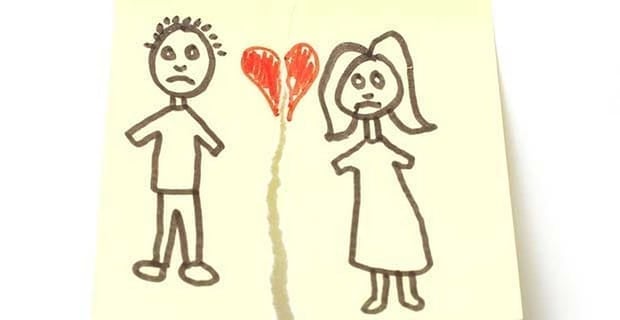 Dealing with a breakup is one of life’s most difficult challenges. When a relationship ends, life takes on a depressing tone, especially if you’re on the receiving end of the news that your relationship is kaput.

Being told,“it’s over,” is like a kick to the heart, one that knocks the wind out of you. It is especially difficult when the object of your affection uses a lame excuse to do the actual breaking up. Women are notorious for using ridiculous reasons to break up with men. Once you hear that terrible, awful f-word, also known as “friends,” your mind assures you this is a nightmare from which you will soon wake.

It’s truly agonizing waiting for your ex to call, begging you back. You check your phone every two minutes to make sure the ringer’s turned up, convinced she’ll call to admit she’s made a horrible mistake. Minutes seem like hours when that phone doesn’t ring. She’s not calling.

Let me save you a lot time and energy and give you a clue. Chances are, if you’ve been dumped with one of the following lame excuses, that phone ain’t ever gonna ring.

The classic! There are times when it really is her. She’s got a drug problem, she’s secretly married, she has eight kids and eight baby daddies, she’s running from the law. There are numerous legitimate reasons why women recognize they need to politely excuse themselves from a relationship. In this case, thank her for saving you a lifetime of misery and let her go. If she actually means it’s definitely you, then bye-bye baby doll. If someone wants to walk out of your life, let them walk. She’s doing you a favor.

“No matter what lame excuse you’re given, use every

breakup as an opportunity to thank the universe

for getting rid of someone who isn’t right for you.”

This is another iconic lame breakup excuse. What she’s really saying is, “I don’t see you taking care of me so you are, therefore, undateable.” Don’t be fooled, most women are sizing up your wallet from minute one. Some women are gold diggers in the true sense of the word, but most are subconsciously trying to figure out if you could handle her dream of being a stay-at-home mom with three kids and a golden retriever. Or she thinks you might actually expect her to (gasp) work for a living and not spend the day at the spa.

Don’t take this personal. It doesn’t mean you can’t take care of her. It just means she’s not going to give you the chance to try. Also, remember that a lot of women hide behind careers, using their professional lives as an excuse not to have to take the risk of being hurt in a romantic relationship.

This is a common breakup line, but it is often used manipulatively, so watch out! I’ve had dozens of great guy friends come to me with help on this one. Usually, the conversation ends up with him assuring her that she is good enough, that he loves her, she makes him so happy and blah, blah, blah. I always tell the fellas that if a woman ever tells you she’s not good enough for you, believe her, tell her thanks and bye-bye.

You want to be with a goddess who knows she is glamorous and worthy of a good man. Confident and self-assured women are successful, radiant and fabulous. You don’t want some clingy, pathetic woman riding on your coattails. Expect more for yourself and know that you deserve better.

This means she finds you suffocating, and she needs you to back off and give her 50 feet. Hey, I’m just being honest! This can often be good for a relationship because sometimes women need a little distance to realize how good they have it. Yes, we’re weird like that.

Conversely, if she’s telling you she needs space, it means she’s not feeling warm fuzzies toward you. Take the time to reflect and give her the space she needs. No matter what the outcome is, it’ll do you both some good.

Here’s a final hint: Usually, if a woman is breaking up with you, it’s because of one of two reasons. The first and most plausible reason is that in her mind, she has tried every possible way to make it work with you, but it just isn’t going to happen. Generally speaking, women want to be in a relationship. We want a special man in our life we can snuggle with. If we’re kicking you to the proverbial curb, we usually think we’ve got a damn good reason to do so.

The second reason a woman initiates a breakup is there’s someone else who does it better than you do. This does not necessarily mean you don’t measure up in the bedroom. It could very well be she’s found a man who, in her mind, is superior in the conversation department.

No matter what lame excuse you’re given, use every breakup as an opportunity to thank the universe for getting rid of someone who isn’t right for you. In the meantime, take the time to improve yourself as a man. Read a book, buy some new clothes, visit a museum and go get your hair done. It may sound silly, but when the woman of your dreams walks into your life, you want to be ready to wow her with your culture, your charming personality and cute buns never hurt.

The Best Pickup Line and Why You Should Learn It