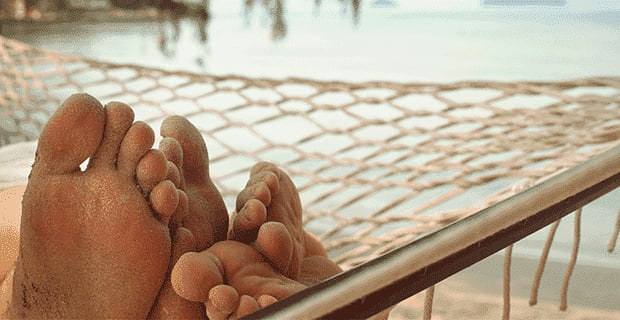 There’s nothing quite as exciting as the first few months of a relationship. From the first time they catch your eye to the realization they feel the same way, it can all seem like a dream. Even the most dysfunctional dater can get through the 90-day honeymoon (read: lust) period of a relationship. It’s what you do once the dust has settled that determines whether or not you’re a keeper.

1. Embrace the new phase in your relationship.

The first thing you need to know is no relationship can sustain that beginning phase. While your heart may still skip a beat when you see them and they may continue to surprise you with new things to know about them, at a certain point things get familiar.

The problems start when you expect that new-love high to last forever. Nothing has changed in either of you. There’s no need to be disappointed or resentful that the other person isn’t “doing it” for you anymore. It’s a perfectly normal change from one phase to another, and one isn’t necessarily better than the other. The key is to embrace this new familiar phase, and learn to savor it just as much as when everything was shiny and new.

“Everyone works hard to impress

during the first couple of months.”

2. Take a trip together.

It doesn’t have to be a big vacation. Even a long weekend away can do the trick. It adds some variety to a relationship that’s started to have a bit of a routine while cementing the actual relationship itself. And you can start to make memories you can tell your parents about!

After the whirlwind of dates and late nights, the next phase of a relationship calms down a bit. You’ve started staying in more and before you know it, you feel like you’ve been married for 20 years. But who says your nights in need to be boring? Save up episodes of your favorite shows and have a marathon. Use it as an excuse to try a new dish. Just make sure it’s a night when you haven’t seen each other in a while so there’s a bit of anticipation.

Now that you’ve been dating a while, having sex isn’t necessarily a given at the end of the night, but you may have become accustomed to sleepovers. That’s when you wonder where the magic went. So, mix it up a bit! Have sex as soon as you see each other. Have quickie sex in the car before heading inside. It will certainly take the awkwardness out of the end of the night!

Everyone works hard to impress during the first couple of months of dating, but the true test of love is what happens afterward. With just a little bit of imagination and a pinch of effort, you can make both yourself and your partner feel like the honeymoon will never end!

Christine has a savant-like understanding, respect and admiration for how men think.

How to Read Her Body Language