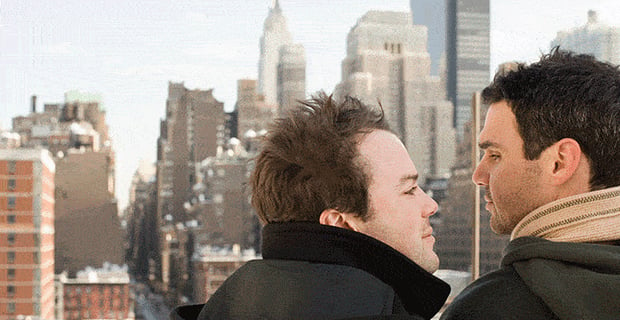 All single people spend an inordinate amount of time wondering where they’re going to meet attractive, eligible members of their preferred sex.

But on the surface, this question seems a little tougher to answer for gay men than for the straights, primarily because straight people sort of assume that everywhere they go they’re going to meet other straight people, while gay people can’t make the same assumptions.

Still, there are plenty of great places gay men can meet other gay men, and in practice, these places don’t look that much different than the sorts of places straight people meet their matches.

As a general rule, cities have much larger populations of gay people than rural areas and suburbs. On one hand, cities tend to be much safer and more welcoming environments for gay people than less densely populated locations, but gay people also tend to flock to cities because, well, there are a lot of gay people already living in cities.

It’s a Catch-22, so instead of trying to work out this chicken-or-the-egg scenario, just relax into the knowledge you will find many, many, many more gay people living in cities than a small town.

All this means is that if you’re a gay man and you want to meet and date other gay men, you should consider moving to a city if you don’t already live in one.

“If it helps you find the man you’re looking

The number one place people meet each other is through their friends, and this is as true for the gays as for the straights. It doesn’t really matter what your friend circle looks like either.

As long as your friends are cool with the fact that you’re gay (and they really should be if they’re your friends), then they are ready, willing and able to hook you up with other gay men you might want to date.

Provided you live in a major metropolitan center, the number one way you can meet gay men to date is to make gay friends and let them know what you’re looking for.

Even if your friends are mostly straight people, those friends will be MORE than happy to help you find other men to date. Straight people love to hook up their gay friends for a bunch of reasons.

First of all, it’s usually pretty easy since straight people don’t usually have dozens and dozens of gay friends. They usually have a few gay friends, which makes the whole pairing up process a simple matter.

Straight people also like to set up their gay friends as a way of banishing whatever lingering hetero-guilt they might have.

Yeah, this is a little paternalistic, but if it helps you find the man you’re looking for, you might as well tap every resource you can think of, and letting your straight friends feel better about being part of the hetero-normative majority by finding you a cute guy is a relatively harmless win-win for everyone involved.

How to Meet Gay Guys Online