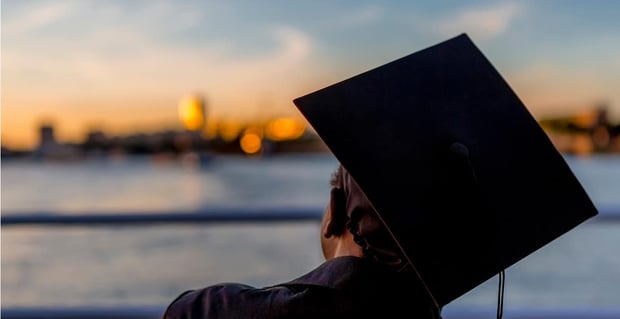 When I first started working as a professional dating coach at New York Dating Coach in New York City, I used to get a decent number of clients who I was surprised to see there. They were good looking, affable, smart, and confident. One guy was Australian, and who doesn’t fall for that accent?

However, they all faced a similar issue. In college, when they weren’t attending classes, they were on a sports team, part of a club, or participating in other campus activities. The opportunities to meet women were practically endless. So when they graduated, they realized that they had never actually learned how to meet and attract women, let alone the women now populating their new world.

But there are some things you may want to think about to make the transition easier. Here are my top five tips:

This experience can be a little jarring. Let me remind you, though, that this has happened to millions of people over the years. Most of us have gone through this, so we all understand how you may be feeling.

It used to be that your dating pool was made up of people who were all the same age or only a couple years younger than you. Now everyone around you appears to be older, and some are a lot older. It can be a little intimidating.

Take your time and get to know your new world before you jump into dating. What are the people like at work? What about your neighbors? Don’t be afraid to tell people you meet that you’re new in town and that this is your first real job. You may feel a bit nervous. You spent four years building relationships at college, after all, and you need to take some time to build relationships in your new life.

People are usually very welcoming and understanding. In fact, most people love to find the new person and befriend them, and add them to their group, so don’t think you’re imposing on anyone.

It will take a little bit of work and effort. It used to be that you’d trip over opportunities to hang out with people. Now you have to search them out a bit more… at first.

2. Keep Up With the Hobbies That You’re Passionate About

So even if there isn’t someone directly in that group who you want to date, they all have friends and siblings and co-workers who they’ll want to introduce you to. Check Meetup.com or google “[hobby] in my area” to find events that align with your interests.

If you’re passionate about volunteering, help out at a local shelter. If you enjoy sports, join a co-ed kickball league.

As you rebuild your social network and find new potential dates, you want to have fun while you do it. I know this may sound silly, but dating is supposed to be fun. Yes, it’s good to push our limits and go to new places, but you don’t want to be constantly doing that to the point that you aren’t having fun and you shut yourself down.

I equate this to a game of pool. When you hit one of the balls with a cue stick and it’s in play, you can never predict exactly how all the other balls are going to interact with each other and the pool table. But I know one thing: If none of the balls are ever in play, nothing’s going to happen. You have to make something happen.

3. The Boring Places Your Parents Used to Talk About and Go to May Now Be the Places for You to Check Out

When I was in high school and college, I could have cared less about the meetings, groups, and events my parents attended (i.e. PTA, park openings, or local council). It didn’t affect my life.

Now these may be the places for you to find like-minded people. Every city, town, village, and hamlet has events going on constantly. If you like nature, go on one of those guided walks. If you like working with your hands, volunteer with Habitat for Humanity. If you like art, join the board of your local art gallery. If you like politics, pick a cause and fight for it.

When my girlfriend (now wife) and I moved out of our fun drinking town to an adjacent one, we needed to make new friends. We said to each other “What do we like? We like parks.” So we looked up the next meeting for the local parks groups and attended. A happy hour led to making friends. Making friends led to getting more involved. Getting more involved led to me becoming the president of one park group and a board member of another park group. Just saying, I know it may not sound super fun at first, but doing things like this is a great way to meet new friends and maybe even make a difference.

4. You Can Date Around, But Don’t Bite the Hand That Feeds You

Some schools are very small. For example, Penn State Great Valley has 462 students. Then you have schools like the University of Central Florida, which is larger than approximately 19,000 towns, cities, and villages in the U.S. My point is that regardless of the size of the school, you may have felt at times as if you were seeing the same people.

Well, one of the advantages of being in a new place is that you’ve got a whole new pool of people to meet. And, for the most part, they may not run into each other. It gives you a bit of freedom to date around a bit.

However, be mindful of who you are dating and what social group they are in. For instance, if you want to date a few people at the same time, make sure those few people aren’t all on your kickball team. That’s just going to get messy.

Dating a couple people at the same time is normal, but you don’t want to date multiple people from work or from your book club, for example.

If you decide that you want to see other people, try to spread them around, if you will. Chances are your party-till-dawn crew and your book club crew won’t overlap.

At the same time, be careful about mixing work or your group activities with romance. I’m sure you’ve heard of the phrase “Don’t shit where you eat” before, but I don’t want you to ruin things for yourself.

Yes, I have hooked up with roommates and co-workers, so I can’t throw stones. But I want you to learn from my mistakes. These kinds of situations have a high probability of exploding in your face. You don’t want to hook up with your roommate, have it get weird, and then not feel relaxed in your own space. Then date someone from work, have it not work out, and then you’ve made the other place you spend your time uncomfortable.

5. Always Be Honest About What You Want

I wanted my last tip to be about honesty because it’s so important.

You have been around relatively like-minded people for a long time, or at least people you had a lot in common with. Now, you are going to hopefully meet a huge swath of beautiful and colorful people with very different upbringings and values.

My most recent client, divorced with two young kids, went on one of her first dates recently, and it turned out to be a polyamorous guy looking to bring someone in. She wasn’t interested, but she said they had a great time just talking and laughing.

Everyone is looking for something out there. The more you disguise it, the less likely you are to find it. Luckily, everything is on the table these days for the most part. Just communicate it.

I had a lot of success with women when I was in my 20s, and the people around me often got frustrated. I found out one girl told one of my friends, “Well, sometimes it’s just refreshing to know exactly where you stand.” So, while I was dating a lot, I prided myself on making sure everyone knew exactly where they stood.

It doesn’t always work out. People don’t listen, they catch too many feelings, or they have unrealistic expectations, but if you’re always honest, you can at least mitigate it and hold your head up high.

College May Have Been Fun, But Truly the Best Years of Your Life are Ahead

Some people refer to college as the best years of their life, and that may leave you feeling a bit let down thinking everything good is now behind you. Well, let me be the first to tell you that it’s not.

Yeah, my college years were some of my best years (University of Miami, FYI), but so were the years right after college. I found my urban family. I started living with roommates. I was making my own money, choices, and mistakes. Now that I’m helping raise my two young daughters, these are some of my best years. So don’t worry. There’s lots of fun ahead!