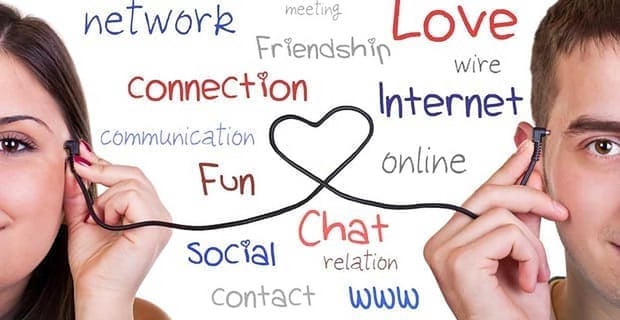 How to Get Her to Change Her Relationship Status

When you’re in a new relationship and a woman still hasn’t changed her online relationship status, how do you deal with that? Should you even care? And if you do care, should you say something to her?

According to an article posted on USAtoday.com earlier this year, writer Steve Wood explains, “In the age of social networking, many don’t consider relationships real until Facebook tells them so. Known as ‘Facebook official’ by teens and 20-somethings, the term can be taboo for any new couple.”

The article, titled “Relationship Status on Social Network Offers Intimacy Barometer,” goes on to say that though the significance put on social network statuses may seem silly, it’s really no different from past relationship symbols like fraternity pins, varsity jackets, matching sweaters and promise rings.

The following are tips, tricks and tactics for a man looking to get his new gal to change her relationship status and make the couple online official.

It seems simple enough, but why not just ask her why she hasn’t changed her status to symbolize your “real world” relationship? You might be given an answer you don’t like, but at least you’ll know.

If you haven’t changed your Facebook relationship status (or other social network site) to reflect this new lady, chances are, she’s waiting for you to go first. Women can be more insecure about these kinds of things, so take the lead and give her the needed boost of confidence.

Facebook now offers a slew of different relationship stages, including “It’s complicated,” “In a civil union” or “In a domestic partnership.” If you’re newly coupled with a gal who has a great sense of humor, then play around with the different statuses until you’re 100 percent comfortable being “In a relationship.”

Either way, if you’d like your new girlfriend to reflect your real-world feelings via her social networking sites, then ask her, change yours first or make it into a silly game with each other.

How to Use Social Media to Meet Women

Online Dating: How to Succeed in the Tangled Web

How to Stand Out Online

How to Improve Your Online Dating Life