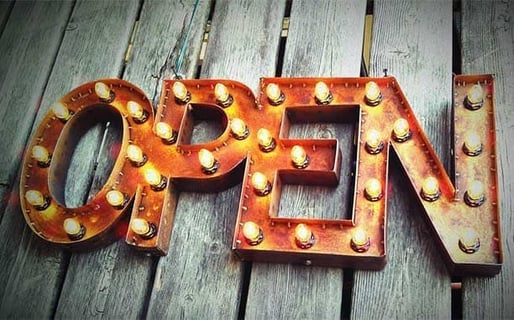 In today’s highly sexualized culture, it seems as though everyone is indulging in lots of sex, with a side order of commitment or not. For some, an open relationship may sound appealing, especially to those who live in fear of divorce. For others, it just seems bizarre.

With advanced technology like the Internet, it’s now easier than ever to connect with others interested in an open-relationship lifestyle. But open relationships can be complicated and they may not be right for every couple.

Here are just a few things you should consider before signing up:

1. A sexual relationship can turn into love.

Especially for women, even if this isn’t the intention. One risk when engaging in an open relationship is that one of the partners may become emotionally attached to a sex partner.

Sex and emotions can be difficult to separate and it can surely complicate a marriage when one partner develops intimate feelings for someone else. It’s also irreversible.

2. Both partners begin on the same page, but things change.

The idea of an open relationship may appeal to many couples. And it doesn’t become a problem until one partner changes their mind about the situation.

Sex outside of marriage often brings up feelings of jealousy, guilt and anxiousness. Even though there is an agreement between partners, many change their mind once they’ve dipped their toe in it.

3. New sex may seem hotter and hurt the marriage.

No doubt about it, a novel partner can get the juices flowing, but the downside is that it will be hard to return to monogamy, and frequent sexual partners can put a couple on a slippery slope toward marital disconnection.

4. Sex as a bonding tool loses its power.

Even for couples that rarely have sex, sex is still considered glue that holds together the deep emotional bond between partners. Restraining from sex outside of marriage keeps this bond strong and losing that special bond can leave couples feeling disconnected or unattached.

And once this deep bond is broken, it may be difficult to repair, especially if the couple begins to disagree on whether they want to continue with the open relationship.

5. Open marriages expose the family to a greater risk.

Couples who have open marriages are most likely to have sex with other, very sexually active people who carry an increased risk of STDs.

Women are more vulnerable to STDs than men and can pass some, like herpes or HIV, to their children. Opening up a family’s bloodstream to potential dangers should be a decision not made lightly.

6. Open relationships can be positive for certain couples.

If a couple has a strong bond, open emotional communication, and an ability to respect the voices of both partners, then an open relationship can sometimes work.

If one partner feels coerced by the other into an open relationship because they risk losing the relationship, this is a bad sign. Think long and hard about who really wants this and why.

Clearly, humans have the ability to develop more than one attachment, but the feelings of both partners must be tested all along the way.

Research shows that monogamous marriage leads to better physical and mental health. Before jumping into an open relationship, be sure to discuss all of the ifs, ands or buts with your partner.

Some couples prefer a “don’t ask don’t tell” policy, while others prefer just the opposite. Staying on the same page and openly expressing your feelings to your partner is essential in any relationship.