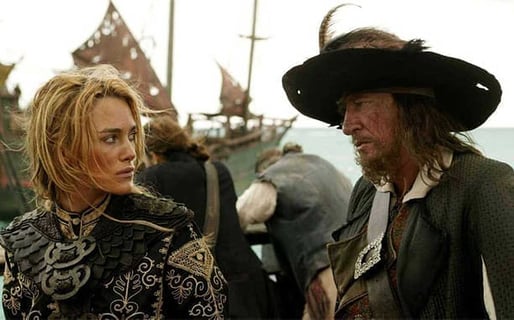 In my 30-plus years, men have said probably a thousand things to me that have given me the willies. Here’s a rundown of the “lucky 7” phrases and why they suck. Guys, pay attention — stay away from these and it may just help you score date number one, date number two or even just a conversation in a bar.

Why it sucks: I’d rather be pretty, beautiful, cute or nice. A guy who tells a woman “you’re hot” is basically saying, “I want to sleep with you.”

2. You have a really good body. You should wear more flattering clothes.

Why it sucks: You basically just said I’m a show pony and I’m not “showing” enough.

“Women don’t want to be thought

of as a piece of meat or a show pony.”

Why it sucks: Instead of using some canned pickup line, make eye contact with me and come up with something clever to say. Even something as lame as “you look just like my favorite cousin in Seattle” would work better than:

I’ve actually heard that one before.

Why it sucks: If you have to ask me if we’ve met before, then chances are we haven’t. Or we have and I just wasn’t that memorable to you — either way it’s a bad intro into a conversation.

Why it sucks: You either have zero social skills and think you have to be drunk to talk to me or you are a complete lush.

Why it sucks: You basically just admitted that you’re not over your ex, and you’re comparing every girl in the room/bar/bowling alley/charity event to her.

7. I have a wedding to go to this weekend. Will you be my date?

Why it sucks: If you’re sinking to the level of asking a random woman at a bar to be your date for a wedding that’s in four days, chances are you’re a desperate man. Don’t you have a friend who’s a girl you could ask first? Even a cousin?

Point blank, women don’t want to be thought of as a piece of meat or a show pony.  Well, maybe some women do, but they’re not the kind of woman you want to bring home to mom. If you want a witty, intelligent lady and you already know you’re attracted to her, come up with something smart to say. Don’t rely on the boring, mundane, chauvinistic phrases you hear in mens comedy shows.

3 Ways to Make a Girl Laugh

How Do You Make a Girl Go Crazy About You?