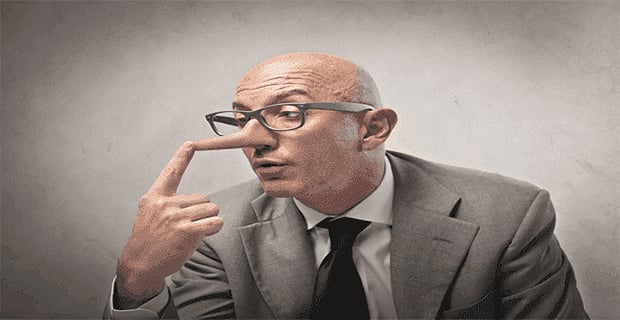 Being unfaithful — either sexually or emotionally — is never a good thing, but if you tell me that one kind of cheating is worse than the other, I have a pretty good chance of guessing your gender.

Bottom line: Men tend to fear physical cheating while women fear emotional cheating. And the roots of each feeling date back to our anthropological past.

Since male hunters provided vital protein and time spent protecting their offspring, sexual infidelity could lead to a man showering his valuable resources on the another dude’s genes. Definitely not a way to win “the survival of the fittest” game.

And there’s still real reason to fear this.

A secret study of DNA in American maternity wards showed that nearly 10 percent of newborns do not match the DNA of their doting daddy. And even though newborns have few distinguishing features, new mothers are most likely to insist that their baby looks more like daddy than mommy.

The researchers suggest this is Mother Nature’s ingrained habit of encouraging paternal participation by assuring him that his genes lie in that precious bundle.

in the room, then you are betraying a trust.”

Women, on the other hand, have a different set of fears.

Many women understand that most men can separate the sexual act from an emotional connection. But all women know that when a man lets down his guard and exposes the tender parts of his psyche to a woman, it’s only a matter of time before resources start leaving the household.

Whether it’s his money or his time or his attention, when a man has an emotional connection to a woman, he becomes a giver. Thus, one study asked wives if they would prefer that their husband saw a prostitute for one hour each week for a set price, or have long, lingering platonic lunches with a co-worker.

Not surprisingly, plenty of wives considered the prostitute the lesser evil. That emotional infidelity was a much bigger threat.

Truth be told, both kinds of cheating do serious damage to a relationship. Even an online friendship that breaks boundaries by divulging confidential information about the primary relationship is classified as cheating.

Remember the rule: If you wouldn’t say it or do it with your spouse in the room, then you are betraying a trust.