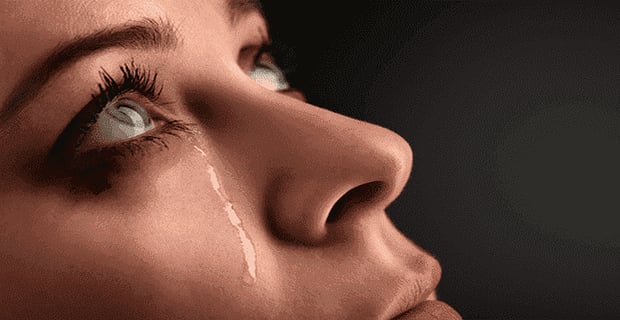 Everyone has their own ways of getting through a breakup. Some drown themselves in their work, others stuff their faces with potato chips (I’m not an ice cream person), and then there are the dumpees who turn to music to ease their pain.

Everyone has a go-to song when they are feeling down. You know, the one song that feels like the artist wrote it just for you?

If you’re trying to make your way through the stages of a breakup, here are five songs to help get you started.

I must warn you that these songs are not for the “I’m going to show my ex what he’s missing” phase. These songs are the ones you listen to when all you want to do is lock yourself in your room with the curtains drawn and let your emotions swallow you whole.

The wound from the breakup is still fresh. You’re miserable without your ex, but you don’t want him to know how unhappy you are and how much you miss him. You’ve closed yourself off from the rest of the world, and even without him there, you still find pieces of his presence everywhere — the smell on your pillow or that one song on the radio.

Deep down you know it’s over and you will find someone new, but you also know that you’ll never love another guy the way you loved him.

Breakups cause physical pain just as much as emotional pain — “Your day breaks, your mind aches.” You’re angry because he no longer needs you, but you’re even angrier at yourself because you still need him.

Where did his love for you go? How could things have changed so quickly? Wasn’t this a love that should’ve lasted years?

“These five songs are perfect for

the first phase of a breakup.”

3. “Nothing Better” by The Postal Service.

This song represents that part of you that still refuses to believe it’s over. You’re willing to “block the door like a goalie tending the net.” You can’t accept that he has moved on, so you over analyze every part of your relationship, contemplating how you can fix it and bargain with him to stay.

You can feel the relationship slipping through your fingers, so you’re grasping at anything in order to avoid letting him go.

Ah, the back and forth relationship. Everyone’s been there. You know he’s not good for you, but there is just something about him that keeps bringing you back. When you were with him, you weren’t as strong as you thought you were.

You just want your feelings for him to go away so you can be free from his spell, one that’s holding you down like gravity.

When you were in the relationship, you were walking on clouds. Hall & Oates played everywhere you went and you had a little pep in your step. It felt like a real-life fairy tale.

Now that the relationship is over, each step feels like your walking in quicksand and you can no longer listen to the soulful stylings of Daryl Hall. What happened to the clouds and the music?

You’re on the other side of love, and acceptance is making its way into your heart. You start to remember all the things you didn’t like about him. Did you really love him, or was it all just an illusion? You realize you have “looked at love from both sides now” and you’re better off for it.

These five songs are perfect for the first phase of a breakup, where you can’t imagine you will get through this. But once you’ve given yourself enough time to properly heal, move on to the empowering chick songs. After all, that’s what Alanis Morissette and Kelly Clarkson are for.

Should You Dump His Ass?