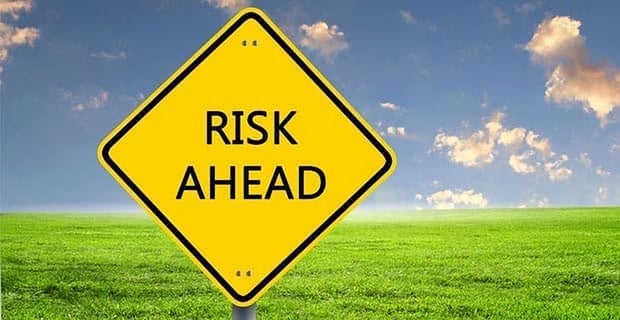 5 Signs Your Relationship is in Jeopardy

Everything seems to be going great and then “wham!” you get dumped. It came out of nowhere. Literally, you had no clue your relationship was on the rocks until that fateful dinner date where he left you sitting in the middle of the restaurant crying your eyes out. Instead of being “that girl,” wouldn’t you rather be familiar with the signs that your relationship is in jeopardy? Here are five to help you get started.

Over the past few weeks, he’s been a bit cold to you but insists that he’s just really busy at work. Sister, wake up. He’s not too busy at work to be affectionate or loving. He’s just furthering himself from you until he gets up the nerve to break it off.

Men get super uncomfortable when they know a relationship is over but don’t have the guts to end it. So they string the woman along until it gets completely intolerable and they just explode. If he’s acting weird, chances are it’s because he’s totally uncomfortable in the relationship.

If he’s blowing off important engagements to go to ballgames with his friends or you have to ask him 50 times to do one simple thing, you are no longer the highest on the totem pole. You and your relationship might not be a priority anymore.

5. You’re not being honest.

You’ve pretty much given up hope when you stop complaining about your relationship with your friends and family. You know that everyone’s sick of hearing about how crappy your relationship is, so you’ve decided just to bottle it all up inside. Not coming clean to those who love you means there is virtually no hope left for this rocky road of a relationship.

Whether he’s acting weird, immature, standoffish or forgetful, when you as a priority go from one to 10, then it’s time to get the hell out of Dodge. Don’t be left with mascara running down your face in the middle of a restaurant. Pay attention to the obvious signs of where your relationship stands.

The Cons I’ve Experienced in My Open Relationship

Do You Feel Worthless in Your Relationship?

When It’s OK to Go to Bed Mad