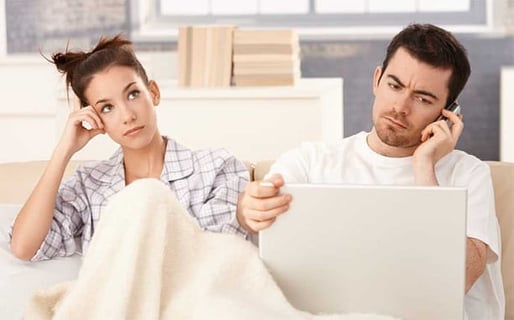 One thing is for sure about men. They do like the chase. In fact, it seems, some men prefer the chase more than the capture, at least when it comes to sex. So why is this?

Well, humans historically prefer what they can’t have. And when a partner is hard to get, it signals a higher-status mate, one that might provide better for offspring. C’mon, admit it ladies. You all sit up a little straighter when the CEO walks in the room instead of the guy from the mailroom.

But why do some men lose interest after the sexual conquest? Why doesn’t the capture lead to a relationship for him?

Brace yourself for this one, ladies.

Most men still believe in the double standard, the one that gives men points for sexual conquest and awards women demerit points for the same behavior.

That means that if you have sex with him before you have trust, emotional intimacy and a commitment, it isn’t a relationship to him. It’s just sex. This has been proven in some sound social research.

Renowned evolutionary psychology professor David Buss, at the University of Texas at Austin, and Martie G. Haselton, at the University of California, Los Angeles, found that the more previous sexual partners a man has, the more likely he is to quickly perceive diminished attractiveness in a woman after first intercourse. Diminished attractiveness.

Sex doesn’t lead to love for men. If the guy is a player, sex more often leads to disdain for you. It’s as if some men are on an endless search for Miss Right and early sex with him is a litmus test for her fidelity.

The important thing to remember is that not all men are players. Not all men will pressure a woman for sex. And not all men will lose interest after sex. But the way to figure out which guy he is, is to delay the onset of the sexual relationship.