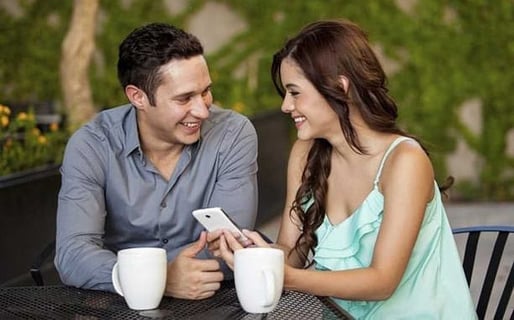 Not every girl is looking to go out with the boisterous, loud and extroverted alpha male. Plenty of girls find themselves drawn instead to the quieter, more reserved and introspective sort of guy. These lower-key guys certainly have a lot to offer the women who find them attractive.

However, if you’re a woman interested in going out with a soft-spoken guy, you’re going to run into one big problem — getting this shy guy to ask you out on a date in the first place!

If you have your eye on a shy guy, then you don’t need to simply sit back and wait for him to (eventually) make his move. Here are a few strategies you can use to ensure you land a date with that shy guy of your dreams.

We share a strange, ill-informed cultural myth that shy guys are all looking for highly assertive women. Our movies, books, TV shows and music tell us that all a woman needs to do to snag a shy guy is to come on to him with both barrels blazing, and after she succeeds in overwhelming his defenses, he will suddenly turn a corner in his personality and become the sort of red-blooded pack-leader type he always secretly believed he was on the inside.

This scenario rarely plays out in the real world. Most shy guys would find themselves totally turned off by a woman who forcefully comes on to them. Most shy guys need a woman who will take their time with him, giving him the opportunity to develop a high level of comfort with her before she makes her intentions clear.

“Getting a shy guy to actually go out with you

can take more than a little finesse and sensitivity.”

Connect with his interests.

Most shy guys have at least a few semi-private interests they feel deeply and passionately about. For example, a lot of shy guys are really into creative fields such as music, theater, art or movies. Many shy guys are accustomed to indulging these passions on their own.

For example, a lot of shy guys who feel a deep interest in checking out new bands go to a lot of music shows on their own. These sorts of public events provide you with a great opportunity to go on a date with a shy guy.

Often shy guys go to these events by themselves simply because they don’t have anyone to go with, not because they actually want to be by themselves at all times. Show curiosity in a shy guy’s interests, get him to open up about some of the artists or groups he really likes, and then let him know you’d definitely want to spend some time with him going to shows or whatever it is he usually enjoys on his own.

When in doubt, ask him out.

At the end of the day, you really can’t depend on a shy guy to ask you out. Even if you make your intentions very clear, even if you do your best to connect with and show approval for his private interests, some shy guys simply won’t take the initiative.

If you’ve done everything in your power to help a shy guy feel comfortable and to know you are interested in him, and if he still hasn’t asked you out, then you have a choice. Either you can take the lead and ask him out yourself, or you can let go and move on to a less anxious individual.

Provided you decide to ask him out, make sure you do so in a comfortable manner. Ask him out in private and not in public. Make sure you ask him out for a casual date that takes place in an environment where you know he feels comfortable. Give him an easy “out” in case he wants to say no.

Shy guys can have a lot to offer their women, but getting a shy guy to actually go out with you can take more than a little finesse and sensitivity.

How to Get a Guy to Ask for Your Number

How to Get a Guy’s Phone Number

How to Get to Know a Guy You Like