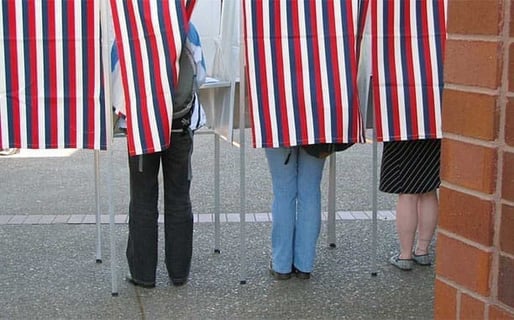 Singles Who Hide Political Beliefs May Enter a Rocky Road

They are unspoken dating rules: Display only the most attractive parts of yourself on dates. Disclose only private feelings that are socially safe, taking care not to appear damaged and too forthright.

Is this why singles refuse to fess up about the thing that most often repels partners — political beliefs.

In a recent study published in the journal of “Evolution and Human Behavior,” researchers from three universities looked at how like-minded conservatives and liberals tend to couple up.

They felt the subject was important because it is thought that political beliefs are partially inherited. Wow! There could be a liberal gene?

What they found was astounding.

After reviewing nearly 3,000 personal profiles from a popular online dating site, people of both genders were more likely to reveal their body fat than mention their political affiliation.

Of those who were prepared to showcase their political leanings, more were women or older and more educated people. Yet, even those who did advertise politics were most likely to self-identify as middle-of-the-road rather than liberal or conservative.

All this is fascinating because political dissimilarity can be the root of plenty of marital discord. Married couples tend to share political beliefs more than any other commonality, except for religion.

“Be as authentic as possible, even

if it means revealing your politics.”

Singles find other ways to sniff out politics.

Researchers say people may casually date someone but only pursue a long-term relationship with a mate whose political lending shows themselves while dating.

Or they may look for traits and specific beliefs that are somehow connected to politics, such as religion or a belief in abortion or the death penalty.

Having said that, what if time is of the essence? Perhaps a woman is near the end of her fertility window. Is it better to cast a wide net by hiding her political beliefs or to cut to the chase and be clear about who she is and what she wants?

My advice is this: Cast a wide net online and then meet in the real world quickly to see if a romantic spark is there.

And the dating rule today is to be as authentic as possible, even if it means revealing your — gasp! — politics. But for sure, avoiding the issue until you walk down the aisle can be a prescription for conflict.

Why Does Nobody Ask Me Out?

Why Some Women Don’t Want to Marry