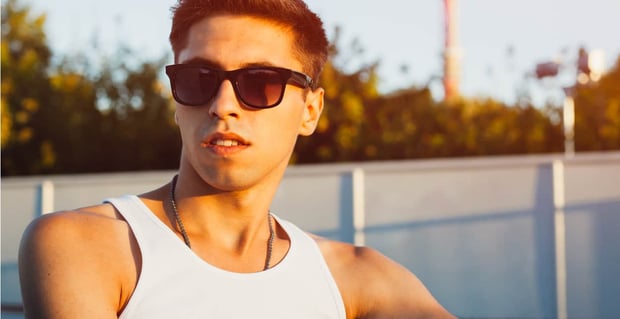 I’ve been a professional dating coach and matchmaker for over seven years now, and people don’t hire someone like me if they are happy with the current state of affairs in regard to their love life.

A lot of singles come to me because they want me to be their investigator. It’s my job to identify and recognize their roadblocks. They pay me to point out certain things in their behavior that may cause hurdles in their dating practices.

Many clients will ask me, “Mason, do you think I’m too picky?” I will say that if you ask that question, chances are, you already know the answer. Here are my top three signs that you may be pickier than you think.

1. Instead of Dating Someone as They Are Now, You Want to Date Who They Will Become

I feel like we are always seeking a partner who can be our best cheerleader, psychologist, and strategist. However, I find that some men only wish to date someone who has attributes they either don’t have themselves, or fills a deep need or insecurity.

Relationships will also have a balance to them, and it’s my personal belief that everyone wants to meet their equal in some capacity.

A friend of a friend I often run into at social events always talks about wanting to date someone 15 to 20 years younger. I think we can all agree that a 25-year-old doesn’t have a lot in common with a 45-year-old.

He always knew and recognized that he would be the provider in the relationship. When I had conversations with him, he would always say that he was picky. His pickiness would always be to his detriment, and his dating woes would always sound familiar.

Our mutual friend said to me in private that the definition of insanity is doing the same thing over and over and expecting a different result. I told our friend he should at least date a guy in his 30s who has somewhat of an established career but also has the exuberance of extraversion and youth that our friend admires. That extraversion and youth is what he was attracted to in men in their 20s.

Dating someone’s potential vs. who they are in real life can be dangerous.

People often like to label an age with what they think is typical. I cannot tell you how many of my clients in their 50s have had twice as much energy as I’ll ever have (I’m in my early 30s).

Moreover, I’ve also met many men in their 20s who like being by themselves and following the same routine day in and day out. I can almost always say that a gay man over the age of 55 will say something along the lines of “I’m attracted to someone’s youth and prefer to date younger.”

If all of these men are saying the same thing, why aren’t they dating one another? It sounds like pickiness is to blame.

I’ve written about and discussed with many clients the frequency and definition of physical fitness compatibility. Many years ago I was set up on two dates by another matchmaker. They were both blind dates, and his matchmaker told me that both men “were very active and into fitness.”

The first candidate seemed very gaunt and lanky, and when I asked him what he did to stay active, he told me that “I like to walk around.” The next candidate arrived at our brunch and was maybe 40 pounds overweight. Although, he did say he frequented the gym a lot.

Arguably, I’m sure their matchmaker thought I was picky on looks, but I think there is a difference between lifestyle and dating someone completely out of my league. The latter is where I see true pickiness come into play.

It’s really important to be honest with yourself and decipher specific subjectivity. Everyone wants to date someone like Chris Pine — he’s everyone’s type. However, models want to date models, and a model never wants to date someone who can’t sit comfortably next to him at life’s lunch table.

Be careful not to date the person you want to become as opposed to just being OK with who you are. What if the guy likes you for who you are now and might not like the version of yourself you think is best? Dating a potential vs. an actuality can be quite treacherous.

I think every relationship expert would give you this advice, but it’s true. I want to explore it a bit more in a realistic and scientific way.

I remember having a client who was so unbelievably specific. He only wanted to date Caucasian men who were over 5 feet 10 inches, with red or blondish hair, and blue or green eyes. I’m sure you can imagine how his laundry list resulted in a very sparse pool of men.

Caucasian men only make up 50% of my matchmaking database, and they represent just over 60% of the United States population. Of that 50%, only 20% of men in my database have the eye color he wanted.

After I factored in all of the other prerequisites he mentioned and some he didn’t mention, only around 2% of my database was left in his selection pool. Keep in mind that my client and whoever I matched him with still had to find each other attractive.

It’s good to have important dealbreakers, like whether you want to someday have children or get married, but try to avoid superficial dealbreakers.

I’ve always been the type of matchmaker who will push someone across their line of preferred physical attributes, but not so much where it feels like I’m not doing my job. The element of surprise is something I also implore people to explore. Who knows, you might like vanilla chocolate chip instead of your normal vanilla bean.

I understand we all have physical preferences that are mostly influenced by sociology and how we were born and raised. A colleague of mine grew up in a rural town in Minnesota, and she didn’t really grow up around people of color. Whenever someone says they have a racial preference, it’s always followed by “I promise I’m not a racist.”

I completely understand that culture and race can sometimes go hand in hand, and I think that is what they mean, and that’s completely permissible. However, it’s a picky nature that assumes these things without giving someone the benefit of the doubt.

3. Your Insecurity Amplifies Your Pickiness

When I recall my younger years of first coming out of the closet and exploring sexual intimacy with another man, I have to admit that I was pretty picky. When I look back on that period of my life, I start to realize that I was picky because I was extremely insecure.

I didn’t take the time to absorb the process of realizing what I liked and didn’t like. I only took things at face value as opposed to realizing that every guy I dated or slept with should have been a learning experience.

If you’re insecure about your appearance, personality, and lifestyle, then that will be reflected in your pickiness as a dater.

Pickiness can be a very superficial thing without placing any emotional weight behind it. If you are looking for a relationship, it’s important to discern between your own internal demons vs. a good time that will only last after a fun night out with too many drinks. Ask yourself why you are picky, and oftentimes there is a deeper reasoning.

Most people find it very sexy and mature when someone knows what they want and what they don’t want in a relationship. However, you don’t want to go too far.

Some of the most successful matchmaking clients I’ve had in my career were men who had only a few physical, mental, and spiritual characteristics they looked for in a potential date. I appreciated that they had a few parameters and weren’t too picky, but they also gave themselves some wiggle room, which is where I see a person thriving the most in their dating journey.

All in the Name of Love: I’d Tattoo My Face for You