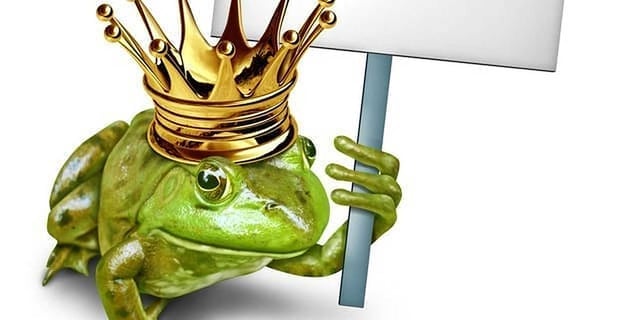 Mr. Right is out there, along with a host of Mr. Wrongs! Like a fairy tale princess, you may have to kiss a lot of frogs to find your prince.

Well hear me out on this one. We all continually repeat the same behavior patterns, whether it be making a cup of tea or getting ready in the morning. Many of our patterns are useful — they get us through the day without having to think too hard.

Some patterns, however, are less useful. We often, unknowingly, repeat patterns that have had a negative outcome, somehow expecting that this time it’ll all work out in our favor.

To paraphrase Albert Einstein: A definition of madness is doing the same thing over and over again and expecting a different result.

The first step in any personal change is to recognize that change is required. The next step is to work out what it is you need to change.

Change doesn’t have to be massive. It can be simply adapting what you do slightly. You have to work with the resources you have. I am not suggesting you have to completely reinvent the wheel.

I had a client that came to me for help. He had a full dance card and his black book was always full of numbers. He could have a date every night of the week and had plenty of sex, but no one wanted to settle down with him.

He was confused at this. He claimed he showed his dates a good time, took them to nice places, and made the grand romantic gestures (meals out, trinkets, weekends away). Yet after a few dates, these men faded away.

Understandably, he was rather confused at this, as he thought he was doing all the right things. And he was, at least on one level.

He was failing to make an emotional connection with his dates. He was buying them expensive things, but he had got it into his head this was the only thing he had to do. It worked for a while, but after a few expensive meals, they wouldn’t return his calls.

I asked him what he talked about when on a date. He replied that he cataloged his successes and told his dates about his strengths and goals in life — he wanted to impress them.

My client is a successful chap, so there was a lot to talk about. Then I asked him what the men he’d been dating were like — their lives, families, goals, and careers.

He just looked at me blankly for a few moments, and then the penny finally dropped. All through his dating career he’d just spoken about himself, he hadn’t asked anything about the man sitting opposite him.

The unspoken message they had received was clear: “I’m only interested in me, and you should be, too!”

With this client, I worked on communication. Communication with your date is vital, and I don’t mean filling conversational gaps with comments about yourself.

Try to maintain a 50/50 balance in the conversation (and ask plenty of questions.)

This client recognized that this specific behavior pattern was bringing about a result he didn’t want, so he changed and consciously adapted his dating strategy. With a few other behavioral tweaks, he eventually dated a man who became his boyfriend.

“Look at the big picture and recognize

that it does take time to change.”

Here are the top three pieces of advice for someone looking to find Mr. Right if your current attempts aren’t as successful.

Switch it up a little, change the photographs, and think about using a different dating website.

If you keep on bumping into the same people, you’re going to find it difficult to meet someone new.

3. Give yourself a break.

If you have lots of dates but they never seem to go anywhere, take your foot off the dating pedal and date yourself for a while. Go to fun places, invest in friendships, and take your focus away from being single.

Change your script. If you have cast yourself as the single guy who never finds Mr. Right, then recast yourself into the role of dating ninja.

Look at the big picture and recognize that it does take time to change. However, once you are aware of your behavior, you can choose to make the changes that will revolutionize your dating experience.

How to Meet Gay Men Online

How to Meet Gay Guys in NYC

How to Tell Him You Want to Be Exclusive