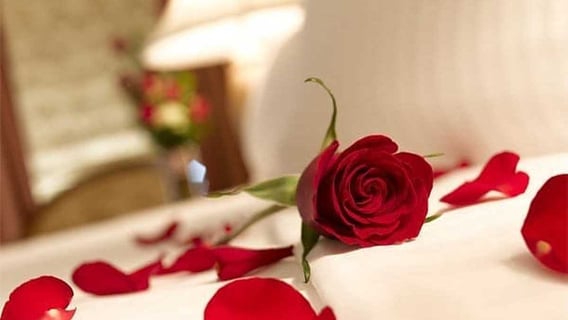 3 Experiments That Confirm Flowers Are the Ultimate Wingmen

From first dates to weddings bouquets, flowers are widely associated with love.

The question is can flowers evoke love or a higher probability of it sparking just by having them around?

That’s the theory presented in new research conducted by Nicolas Guéguen, of the University of Southern Brittany, who found having flowers in certain social settings can change women’s perspectives on a particular situation or people around them.

Guéguen asked female participants to watch a videotape of a man discussing food and then answer some questions about him.

The only difference in the experience was some women watched the tape in a room accented by flowers (roses, marigolds and daisies) and the other with only empty vases.

The women who watched in flower-filled rooms were found to rate the man as both more attractive and sexier overall.

They also were found more willing to date him compared with the group deprived of flowers.

“Women in flower-filled rooms were

This was followed up by an in-person experiment, where 100 women watched the same video but with a male participant they believed to be another study subject

After the video, he would invariably strike up conversation with the women, complimenting them and asking for their phone numbers.

The man selected for this was seen as attractive to women, but again the real test was whether the mere presence of flowers in the room would be enough to prompt a noticeable response.

A third study involved having an attractive young man ask for women’s phone numbers in a shopping mall, including in front of a flower shop, cake shop or shoe store.

The flower shop saw a 24 percent success rate compared with 15.5 percent near the cakes and just 11.5 for the shoe store.