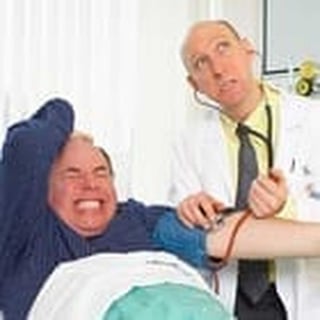 Being in a bad relationship can take an emotional and even physical toll on just about anyone, but new research found it’s a much bigger health concern for certain people.

Older adults and women, for instance, are more likely to develop high blood pressure during a trying or dissolving relationship, according to a study published in a journal of the American Psychological Association.

More than 1,500 men and women over the age of 50 were recruited for the multiyear study, which was conducted at Carnegie Mellon University.

Data from a National Institute of Aging study on issues of health, aging and retirement was used in selecting participants for the research.

Questions were centered around negative interactions involving friends and family and the physical responses seen. Unhealthy relationships were ultimately determined by the amount of “negative social interactions” involved.

“Couples in negative relationships were 40

They speculate women are more emotionally involved and deeply affected when such issues arise.

The study’s authors also were careful to consider natural changes seen in aging when analyzing the health patterns of the participants.

The results support earlier studies that have shown how lonely or isolated seniors are more likely have health issues, both physical and mental, than counterparts in healthy relationships.