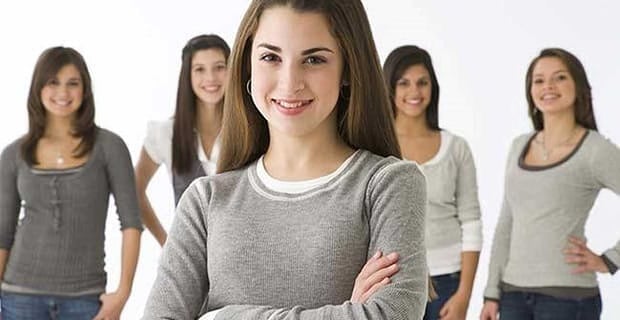 Young women under the age of 20 are less likely to be sexually active if they are focused on their future, according to a new study.

For their report, researchers from the University of Alabama spent half a year analyzing Internet posts at forums frequented by teen girls. During this effort, they attempted to gauge the individual maturity and confidence levels of those who were posting.

The posters’ attitudes toward sex and self were categorized based on content and behavior. Some girls were found to view sex as flatly wrong, while others associated it with guilt. Some had no issues of guilt or shame.

Kelly Arnold led the research, writing that she, “didn’t see any relationship between their numerical age and how they acted or their maturity and confidence levels.” However, she does note, “the more mature and confident they were, the less likely they were to be engaged in risk-taking behavior such as sex.”

“The more confident they were, the less

likely they engaged in risk-taking behavior.”

“I noted each girl’s attitude toward adolescent sexual behavior, and I then observed what positions they took on the forums and whether they gave advice or took it,” she said.

Giving advice, the study suggests, usually indicates a girl with greater confidence over one who is seeking advice.

Furthermore, the girls who felt it best to delay sexual encounters until they become an adult were found more likely to be giving the advice rather than soliciting it.

Deciding to delay becoming sexually active until adulthood might suggest a girl with more perspective on her future, as well as the consequences of risk.

“That was one thing I thought was strange because it was just as risky to have those other forms of sex. But many of the girls didn’t seem to think that way,” she said.

The study, which is titled “Attitudes and Confidence Regarding Sexual Activity in Teenaged Girls Assessed from Language in Social Media,” was presented at the Mid South Psychology Conference (MSPC) and to the Committee on Equality of Professional Opportunity (CEPO).