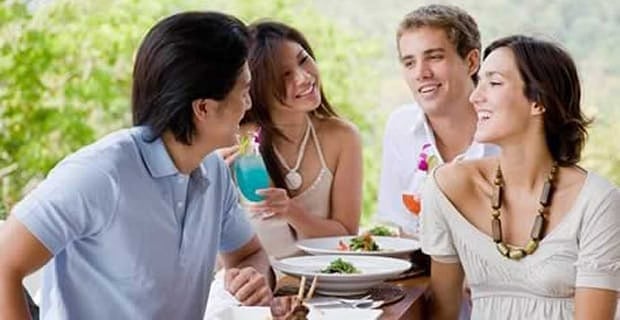 Double Dating May Do Wonders for Your Relationship

As a DatingAdvice.com recent study showed, a small but growing number of Americans actually prefer group dating to one-on-one dating, even on a first date.

Having an extra couple along can certainly help break the ice, but does it carry another advantage?

That question is among the findings of a new study being discussed this week at a psychology conference in Austin, Texas.

Richard Slatcher is a Wayne State University assistant psychology professor who recruited 150 couples for his research. Each couple involved was either dating or married for at least a year. Slatcher and his team split the couples into two similar studies.

Double dates were actually conducted in the lab between couples who did not know each other prior to the experiments. Relationship questionnaires were completed by each couple, both before and after the date.

“We found that through those questionnaires, feelings of passion increased across both studies,” Slatcher said.

“The setting allows for more

The questionnaires were used to drive conversation during the date. Among the open-ended questions asked were, “What was the most embarrassing moment in your life?” and “What is your idea of a perfect day?”

Slatcher believes it is the setting between new couples that actually allows for deeper and more meaningful conversation between partnered individuals.

The takeaway may be that merely accompanying a date out for the evening might not do the trick in terms of actually connecting and interacting with someone.

Dr. Slatcher is scheduled to present his findings in Austin at the annual conference of the Society for Personality and Social Psychology.