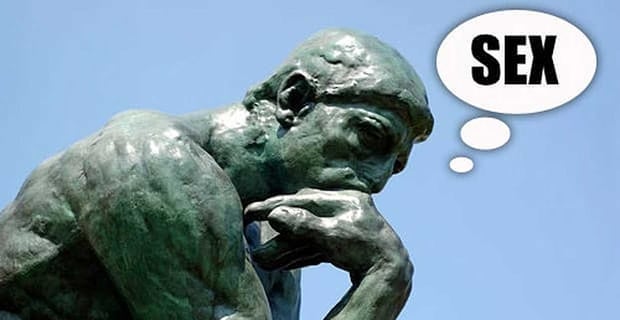 How Big of a Role Does Your Brain Play in Getting Turned On?

It might not sound all that groundbreaking to learn certain people are more wired for sex than others, but new research from UCLA is expanding on that concept.

Using old-fashioned EEGs, researchers sought to pinpoint the electroencephalogram activity from volunteers of both genders while they viewed intimate and non-intimate images.

Forty men and 22 women between the ages of 18 and 40 were recruited for the study, in which researchers found certain people of both sexes were more sensitive to sexual cues.

Those same participants also were found to have more partners than average and needed fewer sexual cues to get aroused.

Nicole Prause, a research scientist in the department of psychiatry in the UCLA Semel Institute for Neuroscience and Human Behavior, led the research, which appears in the journal Social Cognitive and Affective Neuroscience.

More than 200 images were used in the research, a split between pleasant, unpleasant and neutral photographs. Pleasant included some images of intimacy ranging from less graphic snapshots, like people kissing, to more clear imagery of people having sex.

Participants were shown the images as their brain activity was charted.

It was these same individuals who also were found to have a higher average number of sexual partners in the previous year.

It’s worth noting neither gender was found to be more likely to respond to the intimate imagery, meaning openness to sexuality is just as likely to be seen in women as men.

Prause’s take on the results

Prause writes in her findings that the EEG proved a powerful tool in determining how motivated the brain is toward certain cues.

However, Prause stops short of identifying the more sexually inclined minds as “addicted.”

“People may be more sensitive to sexual cues and engage in behaviors that aren’t helpful for them, but this study suggests you don’t need to use the label of addiction to describe that,” Prause told Time magazine.

Those subjects, she explains, are not chasing a high but instead a biological sensitivity to sexual cues, one that sets their own arousal threshold at a much lower level compared to others.