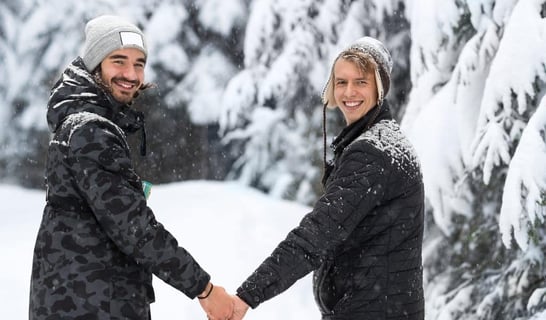 The use of online dating websites and apps by gay men has helped some identify and accept their sexual orientation, according to research.

Colleagues at the Instituto Superior De Psicologia Aplicada in Portugal surveyed 36 homosexual men to learn how they came to accept being gay.

The study was co-authored by Isabel MP Leal and Alex Carballo-Diéguez, of the HIV Center for Clinical and Behavioral Studies.

While most participants indicated said dating sites and apps helped them better understand and accept their attractions, others said they had been negatively impacted due to their use.

Some revealed becoming hooked on online dating, while one participant complained it was keeping him indoors too much.

However, most reported a positive experience with online dating that seemed to help them grow in their understanding and self-worth.

them better understand their attractions.”

A common theme among the participants was dating sites offered a connection to other like-minded potential partners, which in turn helped increase their personal self-confidence about their identity.

According to the study, “This suggests that the internalized homophobia that many of these men possibly acquired while growing up may to a certain extent be minimized or undone by the social and sexual experiences facilitated by the Internet.”

Some respondents admitted that online dating had helped them reduce such internal homophobia, which had previously hindered them from understanding, accepting and exploring their sexuality.

While some in the study said dating sites had no real impact on them, most indicated that such surfing had helped them to better understand themselves and others.