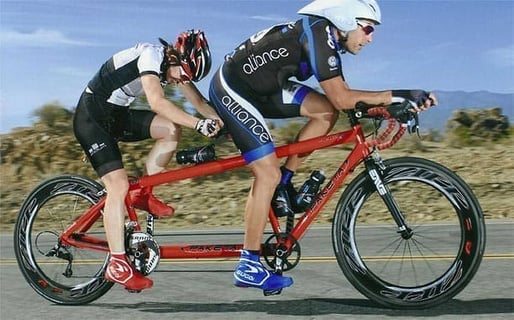 A new study has confirmed what we all know in our guts — when it comes dating, first impressions matter.

To verify this long-standing belief in the dating world, Trinity College researchers in Dublin, Ireland, conducted a study looking at the way the brain responds to encountering potential matches. The study was composed of 151 heterosexual college students who were put through a scenario common to anyone who’s attended a speed-dating event. The students were first shown pictures of potential suitors and were asked to rate how appealing they found these potential suitors on a scale of 1-4. After all the students logged their reactions, they were given five minutes to get to know each other, after which they filled out a form indicating who they’d like to see again.

“Our first impressions are a mixture of objective physical

attractiveness and subjective ideas of what is attractive.”

Researchers confirmed the validity of first impressions when they determined participants’ reactions to photos of potential suitors accurately predicted which of those potential suitors they decided they’d like to see again after meeting them in person.

Researchers used a functional MRI to produce brain scans of 39 of the participants during the picture-viewing portion of the study. These brain scans demonstrated that a certain area of the prefrontal cortex almost always activates when an individual perceives someone they find immediately attractive. The activated regions of the prefrontal cortex evaluate attractiveness in both a general and specific sense.

In other words, our first impressions are a combination of objective physical attractiveness and highly subjective feelings about what makes someone appealing to us. And, according to the study, it’s hard to get past that first snap judgement.