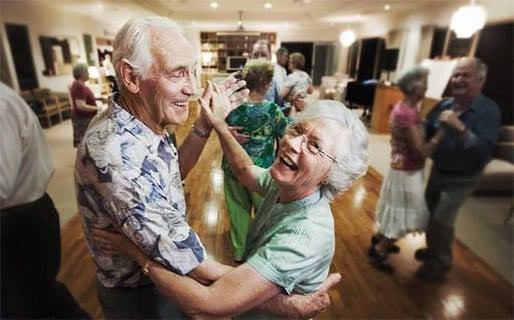 A new study out of Australia suggests seniors represent the fastest growing demographic signing up for online dating.

The study was undertaken by Swinburne University Ph.D. candidate Sue Malta, who conducts research related to the romantic lives of seniors. Malta says her research has shown that seniors are not only far more likely to be active Internet users than they were five years ago, but seniors increasingly view the Internet as a viable venue for finding romantic relationships later in life. According to Malta’s research, seniors are now averaging 3.5 hours a day online, with a portion of that time devoted to pursuing online dating.

with a portion of that time pursuing online dating.”

Malta sites a reduction of social stigma related to online dating as a primary factor behind this growth, as well as increased convenience and ease of use.

“It can be difficult for older people to identify who’s married, widowed, etc. through their social and friendship networks, but online it’s clear who is single and interested in developing new relationships,” Malta said.

According to Malta’s research, the studied seniors weren’t browsing online dating sites ideally — all of the seniors she interviewed found sexual relationships within three days to two months of joining. While Malta does say seniors aren’t necessarily interested in cohabitation or marriage, a number of them found themselves still in relationships they began online over a year prior to their interview.

Malta’s research is supported by additional studies suggesting seniors account for more than 10 percent of the Internet population (as of 2011) and the percentage of seniors using the Internet daily has grown from 30 percent to 57 percent between 2007 and 2012.