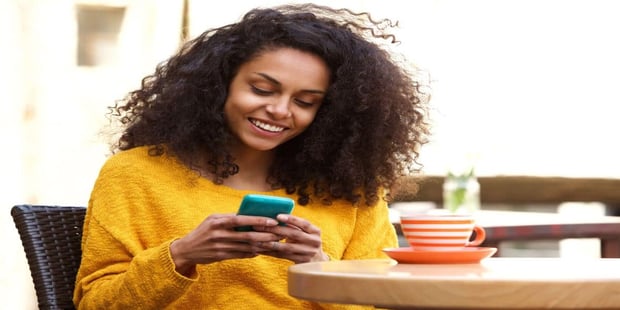 Study Proves Your GF Thinks You’re Hotter Than Everyone Else

According to a new study, women in relationships focus on men’s negative traits, except when it comes to their actual partners.

That seems to ring true even if women are around men who are considerably more attractive than their partners.

The study, which was conducted at Amsterdam University and published in the journal Personal Relationships, finds women are less inclined to be blown away by a man’s striking good looks, even when their partners are less than stunning.

In other words, women don’t appear to possess the wandering-eye effect that so many men fear and can relate to.

Researchers said women who are committed to their partners have an instinctive bias against new potential suitors, whether out of loyalty or a more genetic need to nurture the relationship.

“Women in a relationship are less inclined to

be blown away by a man’s good looks.”

This study follows earlier research where committed partners of both genders were found to be less responsive to a stranger’s good looks.

To expand on this, a series of experiments was conducted with both single and attached women participating.

One experiment had participants looking at photos of attractive men just minutes after being questioned about their experiences with handsome callers.

When later asked to write down which personal scenarios jumped to mind when assessing the men in the photos, two-thirds of the women listed negative traits.

The traits they applied to the hypothetical boyfriends in the photos were along the lines of being forgetful or showing up late for dates.

This suggests they are perhaps more inclined to look for the cloud, even when faced with a silver lining.

The women involved in this previous study were all undergraduate students who were mostly in their 20s.

A third study also found women remembered negative traits about attractive men more than they did with other women from their past, which was used in the experiment as a control.

The study’s authors said the results are not based on true human interactions but our perceptions of who we see in front of us.