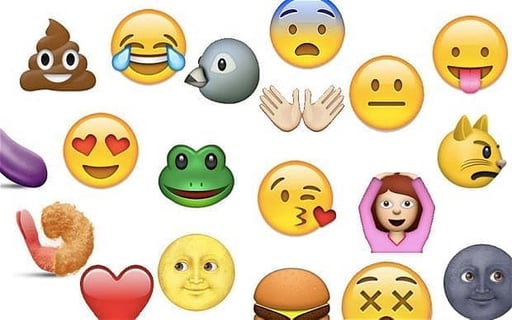 Study: Sex More Common for Singles Who Use Emojis

It should come as no surprise to anyone that technology has taken the dating world by storm.

You can fall in love with an ocean between you and your soulmate, or you can find the answers to your 20 questions and more with a cursory profile scan. Heck, connecting with your future spouse could just be a few finger swipes on a screen away.

Technology has brought an element of convenience to dating, but just how electrifying are the effects of electronic features?

This Singles in America study found the use of emojis by singles significantly increased the likelihood of those singles engaging in sexual activity compared to those who refrained from emoji use.

Can a glorified semi-colon really get me laid?

In both men and women, the percentage of singles who engaged in sexual encounters at least once a month, if not more, had a direct, positive correlation with the frequency of emoji use.

So why are these tiny graphics of little-to-no informational value so popular among singles?

Forty-nine percent of men and 53 percent of women surveyed in the study said the appeal of emoji use in texting is they allow the texter to display personality in a communication portal that ordinarily stymies emotional expression.

It is because of this personality deficit created by texting that Dr. Helen Fisher, who helped Match.com develop this survey, told USA Today that “we are reinventing ways to express ourselves.”

Will any emoji have this effect?

In one word — no. This study does in no way suggest that allowing your cat to dance on your phone screen or sending just any emoji at random will guarantee sexual conquest.

Keep in mind that the emoji options broadly range from inanimate objects, to red-faced monsters, to poop.

This study revealed approximately one-third of the singles surveyed were opposed to receiving or sending one or more of the following emojis:

When comparing emoji choice in men versus women, slight gender variation occurred. For example, single men were more likely than women to use the kiss face or heart eyes emojis, whereas single women were more prone to using the quintessential blushing smiley and/or the red lips.

Overall, the most-used emojis by the singles surveyed were the winky face, the smiley face and, of course, the classic flirtation symbol, the kissy face.

What does this all mean?

As with any new technology, one should proceed with caution when incorporating emoji usage into your love life. Refrain from acting out your physical movements with the girl emoji, and do not take this study as a suggestion to overwhelm potential partners with a sudden onslaught of electronic kisses.

Emojis in moderation is key, but you never know, a winky face could be the only thing keeping you from more-than-winking in real life.

Are You Having Textual Intercourse?