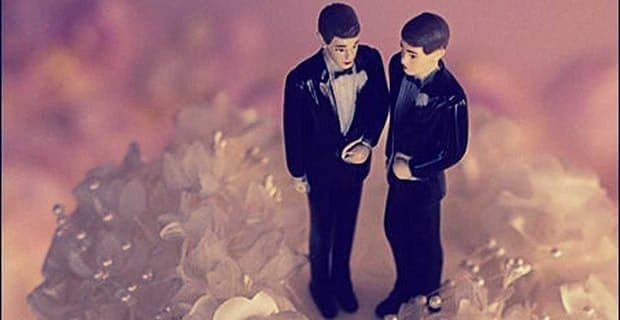 A study published in the American Journal of Public Health found gay, lesbian and bisexual people who are married experience less psychological distress than their single counterparts.

Looking at data coming out of the 2009 California Health Interview Survey, more than 47,000 heterosexual and homosexual men and women, ages 18 to 70, were asked about psychosocial distress, legal relationship status, education, employment status and self-perceived overall health.

While the study found no discernible difference in mental health between married heterosexuals and married homosexuals, the study did note there were differences in well-being between gay, lesbian and bisexual men and women who were married and those who were not.

“There were differences in well-being between same-sex

couples who were married and those who were not.”

Lead researcher Allen LeBlanc explains he wasn’t too surprised by the findings.

“We know that heterosexual marriage provides a higher perception of social integration and support. It makes sense that same-sex marriages would carry some of the same benefits,” LeBlanc said.

Noting the importance of legally recognized unions, LeBlanc argued, “I think it’s reasonable to think that legally blocking people from marriage can put their mental health at risk.”