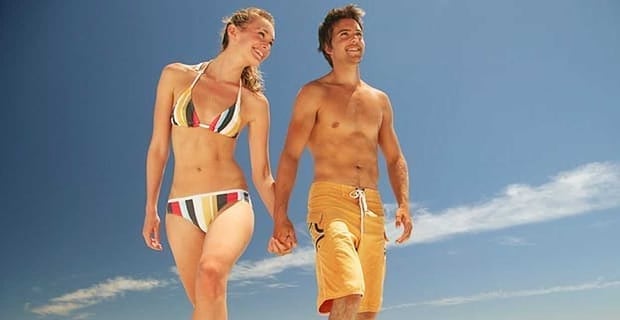 Sex on a first date is seen as taboo in some circles but commonplace in others.

DatingAdvice.com’s new study found Westerners, or those living in states such as California, New Mexico or Arizona, are 27 percent more likely to have sex on a first date than Midwesterners.

Overall, 34 percent of the 1,080 respondents admitted to having sex on a first date at least once.

“Those living in states such as California or

Arizona are more likely to have sex on a first date.”

Forty-six percent of men said they’ve had sexual intercourse on a first romantic outing, which is twice the rate of women.

More than half of gay men and lesbian women answered in the affirmative, while only one-third of straight men and women did.

Divorcees were also among the most likely demographics to have sex on a first date – 45 percent versus 36 percent of singles.

In terms of income, two out of five respondents earning between $75,000 and $99,999 annually have had first-date sex compared to one in three of those earning less than $25,000 a year.

The least likely groups to partake in this sort of behavior was younger Americans and Asian-Americans at 22 percent and 16 percent, respectively.

The Breakdown: Americans Who’ve Had Sex on the First Date

34% of Americans Have Had Sex On a First Date