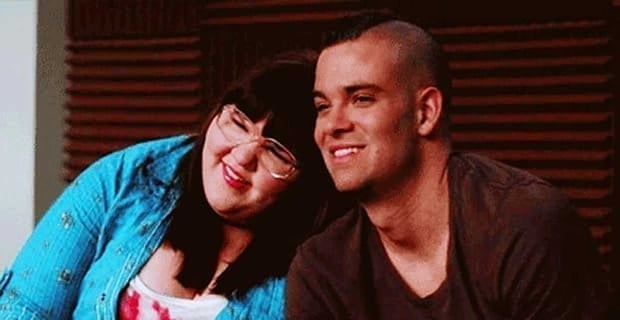 There’s always been a somewhat tenuous link between sexual appetites and our inherent craving for simple nourishment.

Food and our hunger for it can mirror, arouse or even enhance our own sexual experiences.

Yet in a more literal sense, can temporary hunger actually cause people to change their perceptions of who is attractive?

New research from the University of Westminster found being hungry can actually alter who a person thinks is attractive, causing both genders to become more open to a heavier partner – at least temporarily.

When shown photographs of roomier perspective partners, both men and women responded more positively when they were peckish.

In fact, men prefer women with larger breast sizes at times of hunger, while women are more receptive to slightly heavier men.

Dr. Viren Swami led the research, with 266 men rating images of women in terms of attractiveness. Different body types were used, and a second experiment repeated the process with women evaluating photos of men.

Among both genders, opinions were later shown to change once the nutritional issue had been resolved.

“Being hungry can cause people to

become open to a heavier partner.”

He recently presented the data and fielded questions at the Times Cheltenham Science Festival.

Participants in the study went without food for six hours prior to assessing the photos, enough that Swami could discern “a real difference in their preferences.”

The study suggests there may be an evolutionary trait visible in all of this. As almost a survival safeguard, we may be more responsive to a good food provider, something arguably still suggested by a larger person.

It’s also worth noting our appetites for food and sex are controlled by the same part of the brain.