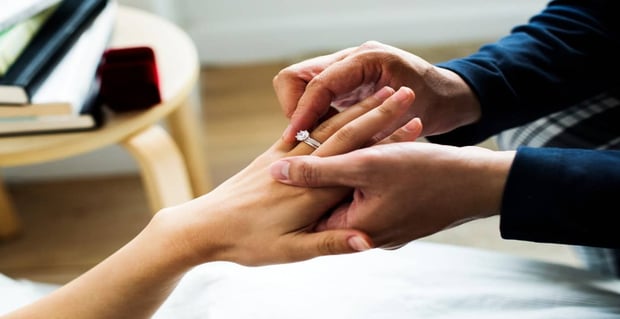 What Happens When People Saving Sex for Marriage Get Married?

New research is exploring the difficult transition sometimes experienced between newlyweds who practiced abstinence while dating.

The goal was to understand how well people with limited sexual education adjust to sudden changes of intimacy.

Of the participants involved in the research, nine out of 10 were members of the Church of Jesus Christ of Latter-day Saints.

The couples had mostly each received an abstinence-only education growing up and had been married, on average, 12 years at the time of the research.

Just 56 percent of the couples said they discussed their wedding night prior to its arrival.

On education prior to marriage, a one-third reported never having had a sex talk with a parent or guardian, while 75 percent said their education had been strictly limited to abstinence.

Only 28 percent indicated ever being taught about human sexual response.

discussed their wedding night prior.”

The study’s authors found many of these brides and grooms continue to struggle with communicating about sexuality openly in their marriage and often later on with their own children.

They concluded people with a severe lack of sexual knowledge going into a relationship were unequipped to deal with the experiences or the emotions involved.

Boden said one participant likened it to two blind people discussing a painting.

However, most were still found to have discussed sexual consequences, with 83 percent addressing birth control with the partner and 87 percent being open about family planning.

Yet it was the mechanics and specifics of sex, such as personal boundaries or desires, that were largely overlooked.

More negative aspects of sexuality were more frequently addressed between the couples.

For instance, STDs were openly discussed among 68 percent of the participants, while only 26 percent talked about foreplay.

“Transitioning in, they had insufficient communication about sexual needs and specifically they had unclear, unknown and untrue expectations,” Boden said.