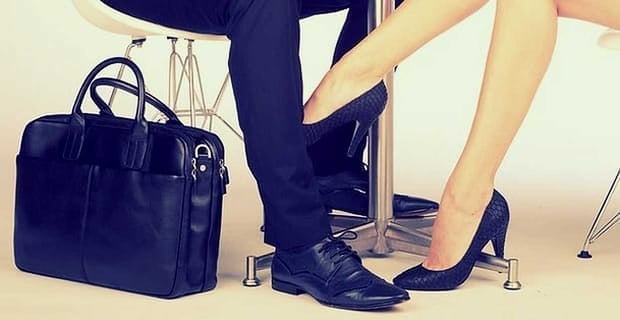 Can women flirt to gain the upper hand when negotiating?

A new study attempted to answer this question, setting out to determine the potential positive or negative impact from women using their “feminine charm” in negotiations.

The participants consisted of 100 students (36 female and 64 male) who were enrolled in an MBA negotiation course. Students were asked to fill out a survey to determine their likelihood of advantageously using personal charm in their negotiations.

Researchers found women who stated they relied on personal charm left a greater positive impression in their negotiations, while no such correlation was found among male charmers.

results in their negotiations than neutral females.”

In fact, flirting made female negotiators both more competitive and more likable. The research even found flirting was more effective in negotiations when it was perceived to have a sexualized intent, not simply a friendly interpretation.

Instead, researchers found flirting as a negotiation strategy was most effective in situations that blended personal and professional motivations and where direct competition wasn’t at play between both sides of the negotiation.

Still, when it comes down to it, the study found properly balanced flirtatiousness can help a woman advance professionally in the workplace, similar to the way “expressions of anger enhance men’s status,”suggesting men and women need to employ different interpersonal strategies to gain a professional edge.