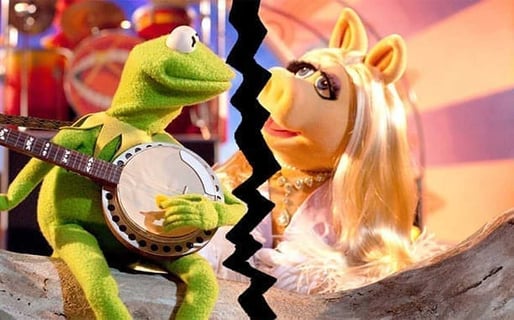 Get your Taylor Swift playlists ready because this article is going to hurt.

It’s just so sad. I mean, they were made for each other! Made! And now they’re done. Splitsville. Sayonara. And it’s just… It’s just the worst, you know? And I don’t even know which “they” is the worst!

This summer’s been rough on everyone who hoped their favorite celebs could find — and keep — true love. Here are just a few of the hardest breakups we’ve dealt with. Pass the ice cream, will you? I need my Snuggie to binge-watch my favorite shows on Netflix…

Kourtney and Scott ended things over the July 4th weekend, but who knows how long it will, or I guess in this case, won’t, last? I can’t get too worked up over it because we’ve seen it a few times before.

Really, Zayn? First you break up with One Direction in April, and now you end your two-year engagement to Perrie Edwards? I can’t. I just can’t. And he’s probably not returning even though she was the main reason he left in the first place.

Everyone else over 20 might have been cynical about 1D’s lyrics, but I still believed. I still held out hope for falling in love even in the brightest spotlight. But now it’s just falling apart.

Like I knew they were rumored to be having issues a few weeks ago when she didn’t have her ring on, but it was just being cleaned, right? I don’t even know anymore. That’s not the only music couple to call it quits, though.

They were married for 26 years and worked together for 35. This is the only time in my life when these two haven’t been together. It’s weird. Really weird. And it’s really, really sad.

Side notes: Did you know Blackstock’s son Brandon got Blake Shelton to be a part of Reprise Records? Misery loves company, but apparently it also loves country. Or how about that Kelly Clarkson, who’s performed with Reba, is also managed by Brandon, and her urging is why Reba and Narvel didn’t split up months ago? This whole thing is super convoluted.

Gwen Stefani’s divorce with her husband of 13 years, Gavin Rossdale, was painful, but the fact that they’re still going to work together to parent their kids is admirable and eased the situation.

At least this relationship at least got to marriage, but on second thought, that kind of makes things even worse. Breaking up after four years of marriage is horrible.

And did you see Shelton’s interview on Entertainment Tonight? It was painful.

He was drinking from a plastic cup and said it’s “been one of those weeks.” Weeks? Blake, it’s been one of those months, one of those seasons. And y’all aren’t even the biggest breakup in country, let alone in this whole season of (failed) love.

Just one single day after their 10th anniversary, Ben Affleck and Jennifer Garner ended their relationship, too, but they’re also focused on parenting their children. I’m just a sucker for putting children first, apparently.

Say it isn’t so! It isn’t easy being green, but it’s gotta be even harder leaving it. In Facebook and Twitter posts that shocked the world (or at least shocked my world), the couple announced that “after careful thought, thoughtful consideration and considerable squabbling, we have made the difficult decision to terminate our romantic relationship.”

And do you know what’s the worst part? Do you know how much worse this situation got? Kermit is already seeing someone else! He’s already involved with a “Denise” who works in ABC’s marketing department!

This better be a terrible attempt at a PR stunt. A couple that has been together for nearly four decades doesn’t just up and call it quits one day. At least, not this one.

This is terrible. All of this is just horrible. Couples parting ways left and right, people giving up on love. Celebrity breakups are literally the worst.

After graduating from the University of Florida's College of Journalism and Communications and getting engaged at Walt Disney World in the course of about 12 hours, I joined DatingAdvice.com as an editorial assistant. I've written for newspapers and websites from Florida to Australia on a wide variety of topics.