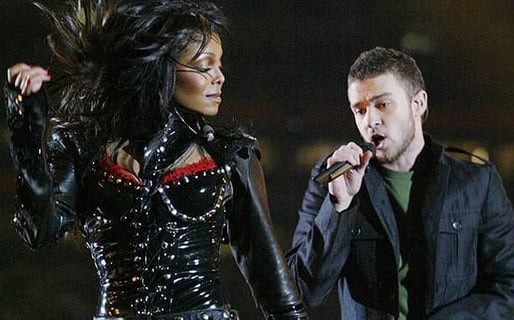 Nips and butts and privates, oh my.

These are a few of the wonderful things that get thrown into the public eye (literally, sometimes) when Hollywood stars’ outfits go wrong.

Whether the dress is too tight, the leg slit is a little too high up or even if someone accidentally rips off a part of the outfit, wardrobe malfunctions come in all shapes and sizes. Cough cough, Janet Jackson and Justin Timberlake during the Super Bowl XXXVIII halftime performance in 2004.

The most recent breaking news in the world of baring it all, most of the time not on purpose, is Paris Hilton with her nip-slip, or should I say nip-slips?

The 34-year-old hotel heiress decided to go bra-less under a sheer black dress while out in Milan. She was there to promote her new single “High Off Your Love,” but I think she advocated more for the “Free the Nipple” cause instead.

Reflecting on scandalous fashion mishaps over the course of entertainment history, it seems like we have seen people truly bare it all — on and off the red carpet. But we are just as susceptible as famous people are.

No matter how cute you look or how well put together you think you are, these mishaps can strike at any time. Here are 5 of the worst wardrobe malfunctions to ever exist:

In the Hilton spirit, the nip-slip tops off our list. Sure, there is a trend going on as we speak for women to more freely show their nipples as men do, but not at a formal event.

It’s not cute or sexy, and it makes the kind of statement that nobody wants.

The 34-year-old hotel heiress decided to go bra-less under a sheer black dress while out in Milan.

Whether it be a sheer dress that shows a little too much skin or a corset that is two sizes too small for someone’s chest, this mishap is pretty common.

Let’s not forget when Tara Reid’s dress fell off and exposed her entire boob, or when Justin Timberlake literally ripped off Janet Jackson’s chest piece.

It doesn’t seem to be as taboo anymore, though, considering women like Miley Cyrus freely flaunt their nipples.

Most of the time, the culprit of seeing a pale pair of cheeks is the low plunging back of a gown. Apparently some stars don’t realize that at some point, their crack is going to pop out.

One of the most recent victims of a crack-sident was Charlotte McKinney at the 2015 Guys’ Choice Awards, where her beautiful silver dress was business in the front but a party in the back.

Charlotte McKinney had a bit of a mishap at the 2015 Guys’ Choice Awards. Her dress was business in the front but party in the back.

Sometimes this can even happen when a dress simply rips. If the back is too tight, or if you move a certain way like Sofia Vergara did at the Emmy Awards, the material will easily split where the sun doesn’t shine.

That is how you end up on slideshows like “Celebrity Butt Cracks,” ladies and gentlemen.

When this fashion malfunction happens, there’s not much you can do but embrace it. Unless your pants are too low and the situation is fixable, you must grin and bare it.

Depending on where the rip is and how it happens, this wardrobe mishap can go one of two ways.

At the SAG Awards, Jennifer Lawrence sparked some malfunction discussion when it appeared that her dress had ripped. Turns out that was just how the dress was made, with layers of satin and tulle — but some stars are not as lucky.

At the SAG Awards, Jennifer Lawrence sparked some malfunction discussion when it appeared that her dress had ripped.

Julianne Hough had some trouble at the Golden Globes afterparty one year, when her dressed ripped on one side of her leg and she decided to just rip the other side as well.

Sometimes it isn’t even your fault — someone just decides to step on your dress and it rips, like what happened to Chloe Sevigny when she was accepting an award at the Golden Globes.

Whatever the case, this malfunction is relatively innocent and lucky if you ask me. As long as the rip isn’t revealing anything too scandalous, embrace it. Work it like it’s couture.

2. The Slit That Keeps On Slitting

Too often we see stars go way beyond the socially acceptable mark when its comes to dress slits.

The slit seems to keep going and going until we all get to see the goodies, but if we wanted those we would just ask Ciara to sing her song. There’s a fine divide of what looks unique and what is just plain provocative.

Paris Hilton went commando once with a far too revealing slit, and Iggy Azalea was anything but fancy in her black gown with midsection cutouts at EMA Amsterdam.

Iggy Azalea was anything but fancy in her black gown with midsection cutouts at EMA Amsterdam.

In the fashion world when you’re dealing with unique styles, there is always a line between normal and extreme, but that line gets crossed and creates terrible wardrobe malfunctions when a dress slit is even an inch too high.

Always remember to put on your panties because you never know when the paparazzi will snap a picture of you exiting the car.

Countless celebrities have had issues keeping their legs closed when wearing dresses or skirts, and one bad angle can give someone the whole view of the land down under — undies or not.

It all started with the queen of this movement, Britney Spears, when she decided to go commando in skirts, dresses and other inappropriate articles of clothing.

Britney Spears is the queen of crotch shots, commando or not, as she always seems to flash the paparazzi while getting out of cars.

Since then, people like Rita Ora, Victoria Beckham and Lindsay Lohan (the princess of this movement, more or less) have also followed suit.

It’s not that they do this in purpose, but they do need to be more careful about how far they spread their legs. Be on the lookout for those picture sneak attacks, ladies.

We didn’t sign up to see any nipples, butts or privates, so please do the public a favor and wear things you know will not create visual problems.

If something is even remotely too tight, too loose or seems like it could fall apart, don’t wear it. These celebrities are the talk of the town, but not for the right reasons.