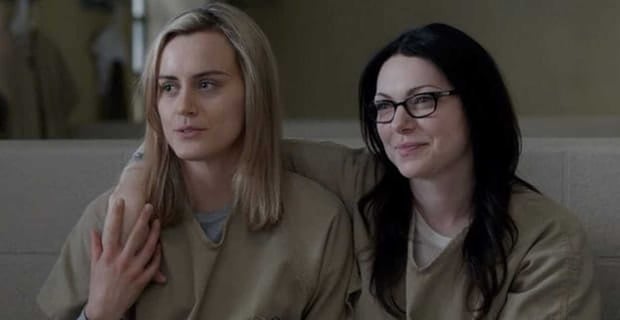 Well, of course it has!

Sometimes love just shows up and surprises us. Married women can be lonely, sad and feel stuck in a marriage that isn’t working, and when a woman shows up and pays attention to her, BAM — you’re suddenly in love with each other and that married woman is discovering she’s more lesbian than straight.

As always, the first few weeks or months of this affair are amazing. The glow of new love is in the air, everything seems possible and you have patience for everything: she needs space, she can’t leave right now, her kids can’t find out yet, her husband needs her support through some thing, etc. The sex is hot, and that keeps you holding on.

Maybe her husband finds out. Maybe she decides she can tell her husband and that she needs to tell him. What happens next can be wonderful or not. Maybe it goes another way…

Here are some scenarios for how things go:

1. The husband turns out to be amazingly supportive.

He gives both of you space to figure out what is going to happen. Your married lesbian lover may now decide to get divorced and be with you. Congratulations!

She may decide divorce needs to wait for any number of reasons, but the three of you are evolved and really are able to work out a friendly way for your relationship to happen.

This happens once in a blue moon. Hopefully it happens for you.

2. The husband has a serious health issue, so she won’t leave.

She tells him but doesn’t want to leave him because she does truly love and care for him, so you have to decide if you can live with her taking care of him while also being your lover.

You have to decide if you can live with her taking care of him while also being your lover.

If the husband and you can get along, things can be good here. It sound crazy, but it’s a true story of two couples I know.

He threatens both of you. He says he’ll take the kids, the house, the money and anything else he can think of. He threatens you with bodily harm, outing you, throwing you out of the house or whatever other thing he can think of so he can feel dominant in the situation. It’s a mess.

If your lover gets really scared, she won’t leave. You’ll have to resort to sneaking around, and eventually that won’t work either. The husband will become super vigilant about her every move, and pretty soon you’ll be the one left out. This happens more than you can imagine.

4. She’s scared to tell him and refers to you as a friend.

She’s terrified that anyone in the family will find out she’s lesbian. In reality, she’s homophobic to the max and terrified to leave her husband. She constantly refers to you as her best friend and hides your relationship.

She constantly refers to you as her best friend and hides your relationship.

This is a sad scenario that I hear about on a regular basis from lesbians about their experience with a married woman. So far each lesbian has said she’s had to walk away from this one. You love her, but you won’t ever be able to have her.

5. She keeps promising to tell her husband, but it never happens.

She promises she’s going to leave, but she’s not taking any action. She’s got excuses galore, and you keep believing her until you just can’t stand it anymore. You have a big fight, she promises to tell him but still doesn’t and the cycle continues over and over.

In this scenario, you’re the addict. You’re addicted to her, to the chase and to the fighting. If you got her, you’d probably leave her. So leave her now!

6. She’s never going to leave for whatever reason.

Finally there’s the scenario where the woman is crazy about you but decides she just isn’t going to leave her husband, kids, house, neighborhood or whatever it is for you. She kicks you to the curb.

Affairs of the heart happen, but being in love with someone isn’t a guarantee that things will work out. I hope this isn’t you.

Affairs of the heart happen, but being in love with someone isn’t a guarantee that things will work out.

Dating a married woman is a promise for lots of lonely nights and broken promises, but sometimes it can work out in your favor. In my world, I recommend staying away from married lesbians and finding someone who’s truly free and available.

And if you just can’t help yourself and you fall in love with a married lesbian, get a good therapist! You’re going to need one till you figure things out.

4 Steps to Breaking Out of Lesbian Lonely Land