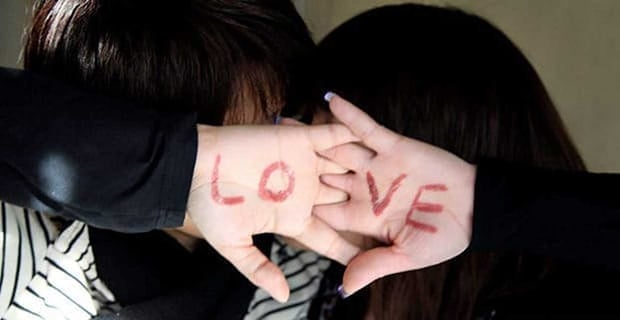 Women around the world wake up every day and realize their marriage isn’t working and it’s because they are attracted to women. Is that you?

Are you married and unhappy?

Have you started to wonder about that subtle attraction you have to women? Do you fantasize about kissing a woman or having sex with a woman? Does that make you a lesbian?

It can be a big shock or a big relief to realize you are lesbian when you’re married to a man. That realization can lead to a big sigh of relief that the struggles you’ve been having sexually now make sense.

It can be a big shock of relief initially when you realize there’s a reason why you keep having crushes on your women friends or on one friend inparticular.

I was married for 23 years.

I always knew I was attracted to women, but my own homophobia and my strict Catholic upbringing kept me from living as a lesbian. I really thought I could make being married OK. We think lots of silly things when we are in our 20s.

One day my husband came home from work. We’d been married about six years at that point. I had a huge crush on a female friend. I mean a super “I want to drag you into my bed” crush. I never did anything about it, but I know my face lit up whenever she called or we hung out.

So my husband came in and looked at me. He asked if my friend had been visiting and I said yes. Then he really looked at me and asked if I was involved with her sexually. I almost fell over. I felt like he was reading my mind.

How did he know?

My response was “Absolutely no!” Because nothing had been happening physically, but in my mind, I’d definitely imaged having sex with her. I couldn’t look him in the face and lie, so I told him the truth, “Yes, I’m attracted to her sexually but nothing like that is happening.”

That led to a few years of fighting along with my confessing my attraction to women but never acting on it and my struggle sexually.

I’d known since a young girl I like girls. Now I meet many women who have no idea until later in life they are lesbian. The reasons you didn’t know aren’t as important as what will you do now.

“Living one’s truth is our

Some women try to keep their marriage vow.

That’s what I did for 23 years. Then I realized I just couldn’t do it another day. I couldn’t deny who I was or pretend that our marriage was working. It wasn’t.

There are married women who realize they are lesbian because they get into an affair with another woman. Is that you? It’s more common than you think.

Women and their lovers and husbands come up with all kinds of creative ways to keep marriages together.

Some women become a lesbian twosome with a husband attached or do the work to leave a marriage and figure out how to make it on their own. Some husbands are fine with it. Most husbands are deeply offended and become very angry.

My husband threw me out of the house, not physically but by letting me know he was so angry that he was afraid he would hurt me physically. I packed my bag and left with my daughter within the hour.

But living your truth often requires great courage of you. You will disappoint people who are counting on you staying the same.

You will deeply hurt people you love, not with malice but by not living up to their expectations of you. You will leave behind a way of life, friends you have known, churches and even family sometimes.

Living one’s truth, I believe, is our highest calling in life. Live honestly. Live with integrity. Live with as much love as you possibly can in your heart.

Have you realized you’re lesbian and you’re married? Take it one day at a time. Get a therapist if you can to help you process the emotional path ahead of you, guilt, shame and regrets. Living your life in truth is amazingly powerful.

Don’t wait. Embrace your truth with love and gentleness. Being lesbian is a gift, a great one!

How to Date a Lesbian with Dogs

Should You Stay Friends with an Ex-Girlfriend?