One of the big questions surrounding gay dating is, “Where do I meet quality guys?”

It can be difficult in large metropolitan areas to find someone compatible with one’s personal requirements for a partner and relationship, but this challenge is made that much more troublesome for those men who live in rural, conservative or culturally-sanctioned areas against homosexuality around the globe.

Where the boys are:

The truth of the matter is you have to be, to coin an old movie, “Where the Boys Are” to increase your odds. Like anything, you have to think of the conditions that go into raising the probability scale for achieving a desired goal.

It’s hard enough finding qualified prospects in big cities, but the numbers of gay men available in these areas heighten the prognosis of meeting a Mr. Right.

If you’re a gambling man and it’s possible to uproot your life and move to an area where gay men congregate, you’re upping your odds However, just like with gambling, there’s no guarantee of the big win.

But what if you can’t move to a gay hub like San Francisco or New York City? While it might be a bit more arduous in the farmlands of Iowa, for example, love can happen anywhere and when you least expect it.

In fact, a recent study conducted by the Journal of Homosexuality found rural gays and lesbians tend to be happier than their urban counterparts, so this must account for something!

I wish there was a special formula I could share that would assure a dating match, whether you’re urban or rural, but unfortunately dating is more art and chance than science, particularly in a segment of individuals that has been reported to be only 10 percent of the entire population.

It is harder for us as gay people, but it’s not impossible, evidenced by the existence of gay couples in every geographical region of our country.

“We have to do our part to increase

our odds for a positive prognosis.”

What follows below are some ideas for enhancing your odds. What works for one person may not for another.

The key is to be creative, try different venues and make the most of each opportunity because dating venues are only as good as what you do with them.

Dating sites are the way of the world in our contemporary times, and they even have specialized sites for every subgroup imaginable.

Unfortunately, the stark reality is the majority of dating sites for gay men tend to be hookup sites in disguise, so you’ll want to be very clear in your profile about what you’re looking for to weed out those men who have different intentions as best you can.

This venue is not a dating site, and they will even tout that, so it’s important not to approach this option in that capacity.

Instead, if none exist, create your own gay recreational, sports or social group to begin forming a community of friendship. Meeting potential dating prospects becomes a secondary bonus if anyone in the network strikes your fancy.

If you’re in a rural area in particular, this can possibly help attract others whom you’d never be able to meet otherwise.

By pursuing values-based activities and things you believe in, you’ll be aligning yourself with other like-minded individuals who already share an important form of compatibility with you.

Whether it be a gay cruise or other gay vacation destination, this can be a great way to surround yourself with other travel enthusiasts.

The downside is oftentimes the men you meet won’t be in the same geographical residence, but one never knows!

Perhaps you could meet someone at a farming expo, a campground, a metal detecting club, a fishing club, a darts or softball league, etc.

Whatever your interest, being in that venue doing something you love can sometimes line you up with other gay men sharing that same passion.

These are just a few ideas to try.

Dating has just as much to do with attitude as it does with the venue you pursue to meet people. Avoid defining yourself solely around finding a dating partner and enjoy your life to the max.

This energy becomes magnetic and makes you more approachable by other gay men who may be in the vicinity but who might not attempt to converse with you had you been displaying a more shut-off or jaded demeanor that sends the message: “Stay away! I’m finished with men because it will never happen for me!”

There’s never a guarantee with dating or relationships, but we have to do our part to increase our odds for a positive prognosis.

What are some other ideas you have for meeting other available gay men? 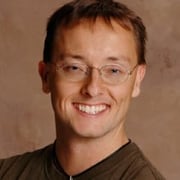 4 Steps to Getting More Dates

Can’t Get It Up? 4 Ways to Get Back in the Game