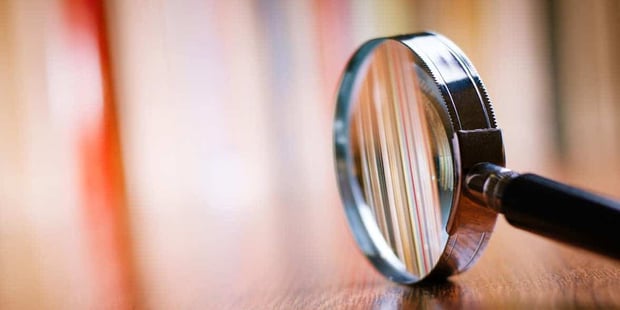 Let’s say a few weeks/months ago you met the woman of your dreams.

You two are getting along like clams, have scores of things in common, the physical chemistry is through the roof, you seem to be emotionally  well-connected and are having thoughts of a life together.

You’re on cloud nine. Things are firing on all cylinders. All the hours of mindless TV and eating Chinese leftovers at night will soon be a distant memory.

You think the search for Mrs. Right is finished

That is … until that little voice inside says something just isn’t quite right and there could be another party involved here.

All those episodes of “Cheaters” you’ve laughed at through the years suddenly aren’t all that funny.

Unless you’ve lived on the moon your entire adult life, most have contended with the possibility of having a cheating girlfriend or wife.

By cheating, I’m not only talking about the physical kind. It also could mean there’s an emotional connection with another.

It’s a terrible feeling thinking the object of your affections is being shared. Casually dating is one thing. Each of you is entitled to do whatever you want with whomever you want.

But if you’re ready to make a commitment and those lingering doubts are there, wouldn’t you like to know for sure, therefore safeguarding your heart, future and wallet?

After all, this is your life we’re talking about. You have the right to protect it.

Most women say their number one complaint about men is their wondering eye. It’s true – men are men and many do cheat.

But don’t be fooled, guys. Let the right one come along and she’s not above temptation either. After all, we’re all human beings.

If you’re in this position, what’s morally justified?

Hiring a private investigator? Hiding in the bushes after dark and doing a little reconnaissance yourself? Performing an unexpected check-in at her home or work?

Many would say not to do anything – you should just trust your instincts and walk away if things are that bad.

But what if you’re wrong? What if you let your paranoia get the best of you and she’s proven as true blue as could be?

Years ago, when I was younger, dumber and very naive, I came close to marrying a girl I was crazy about. We dated a few months and everything seemed right about her, until I stumbled across a surprise.

For privacy reasons, I won’t reveal the specifics, but it definitely caught me off guard and things stopped adding up.

Large blocks of her schedule were unaccounted for. She became distant at times, occasionally even discussing her former boyfriend. That nagging feeling started crawling over me that her heart still belonged to another.

Long story short, I had a close friend do some investigating and my instincts were quickly realized, saving me tons of unwanted heartache, money and wasted time. Part of me wanted to stick around and fight it out.

Love shouldn’t be subjected to competition

However, this is just my opinion. Either love is valued and mutual or it’s time to move on.

Within the past few years, I also had a friend hire a private investigator to check on his wife, who he suspected of having an affair. Turns out, he was right. Divorce proceedings ensued and unfortunately children were involved.

However, he was young enough to start over. Best of all, he discovered the truth instead of living within an atmosphere of lies and deception.

In both cases, his and mine, neither one of us wanted to engage in the cloak-and-dagger option. Many would say that’s a violation of the personal space of another.

But we discovered the truth, kept as much egg off our faces as we could and learned from the experiences, which made us stronger.

The days of “The Brady Bunch” and “Leave It to Beaver” are over when, though it still happened, the morality of relationships were practiced more widely.

But social change is everywhere now, and with that comes a lesser value on honesty, morality and monogamy.

However, don’t let that scare you away from finding your dream girl. She’s still out there, and there are plenty of quality women looking for love.

Just enter into relationships with eyes wide opened and an unwillingness to settle for less than you deserve.

Do you feel checking up on a suspected cheater is justified? Let us here from you below!

Does Calling the Day After a Date Make You Look Desperate?