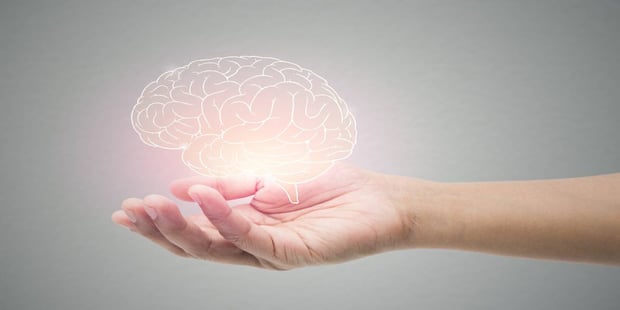 Humans have been wired to bond biologically and through evolution. Some of us bond monogamously, while others bond to multiple partners.

Our ancestors used love and attachment to mate and reproduce strong, healthy offspring. Today, love is more than a bonding tool for the purpose of procreating.

Our culture is obsessed with love.

We even take an entire day just to celebrate it while admiring dozens of roses and devouring decadent chocolates.

When we fall in love and develop an attachment to another being, we are essentially getting high. Like Ke$ha’s popular song, love is our drug.

The brain is a powerful organ that responds to numerous amounts of emotional and physiological stimuli – one of these being the sight, smell, sound and touch of another human being we are attracted to.

Our brain chemistry is altered and along with all of those sensory responses are many chemical responses.

When we fall in love, the brain releases a great amount of feel-good chemicals. These chemicals include dopamine, serotonin and epinephrine.

They give us butterflies and make us blush, our hearts race and our palms sweat. And they act just like a drug, activating the pleasure centers of our brains.

Eventually, the excessive release of the feel-good chemicals begins to subside as our relationships transition into the honeymoon phase.

moves faster than your heart.”

But now different hormones are released, most importantly the hormones that create bonds and attachments.

While we are probably not lusting after our partner the way we do early on in a relationship, the brain continues to play a role as feelings of love and attachment continue to develop.

Oxytocin and vasopressin flood the brain (especially in women after sex).

Oxytocin is often referred to as the bonding hormone because it is secreted during orgasm and breastfeeding, creating a strong bond between a woman and her mate or her child.

Another chemical mechanism that plays a role in attracting a mate.

They’re called pheromones and they are quite powerful in terms of sexual attraction. Pheromones are released and “sniffed out” by others as an evolutionary function.

Research on pheromones was made popular by the well-known “Swiss T-shirt Study.” In this study, researchers found women were attracted to men whose immune systems were most dissimilar to their own.

It’s postulated the function of this is to produce healthy offspring that have a strong immune system as a result from their parents’ differing immunities. However, ladies, if you’re on the pill, it will interfere with your pheromone “sniffing” abilities.

The brain and the chemicals within it play a huge role in how we attach, build and maintain romantic relationships.

The downside to this is it makes breaking up that much harder. And early sex can flood our brains with feel-good emotions that may not be in sync with our partners.

Be careful when falling in love. Sometimes your head does move faster than your heart.

Why Do Women Stay in Abusive Relationships?

What is a Secure Attachment Style?

How to Fall in Love in 4 Days