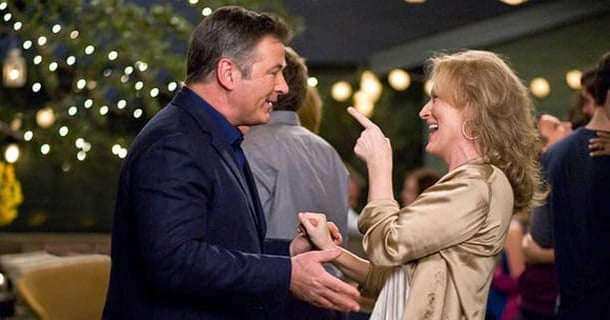 “Who Should Make the First Move?” | 15 Tips for Senior Daters

In the intricate dance of love, someone gets to invite and initiate, and someone gets to respond and reciprocate. This is important because the first moves in the dance of dating often set the tone for the entire relationship.

Despite evolving roles for both men and women, there’s actually still a lot of confusion between the sexes on what is appropriate and, more importantly, what really works in dating.

5 Things to Consider Before Making a Move

While there are no hard and fast rules for navigating these twists and turns on the road to love, it can be helpful to consider the following:

More mature daters may be set in their ideas about who makes the first move. Some may feel more comfortable with the traditional roles.

Many women still prefer to have a man take the lead in a relationship. Men are often flattered by a woman’s initial interest, but if they feel pressured or pursued, the motivation and enthusiasm may wane.

There are no hard and fast rules for navigating twists and turns on the road to love.

However, it doesn’t have to be an all-or-nothing proposition.

A man is more likely to fall in love by “doing” and providing something of value to the woman he is dating. If a woman is able to graciously “receive” what a man has to offer her, she can develop deeper feelings for him. If she acknowledges and appreciates his attention and efforts, both parties will enjoy the experience of getting to know each other.

Women shouldn’t underestimate the power of their feminine allure. Rather than asking a man out directly, some pre-dating “foreplay” may yield better results.

Consider deploying some tried-and-true flirting techniques, such as:

If a man is a slow-starter or seems stuck in the cyber world or in texting mode, try a slightly more direct approach. Just say something like, “If you’d like to call me sometime, it would be fun to talk to you.”

In so doing, you are making it virtually risk-free for the man to make the next move while still maintaining your dignity. You are gracefully inviting him to step up to the bar. The ball is definitely in his court now. He will either make a move or you can move on.

Most women are turned on by a man who takes the initiative and shows he cares about what interests her. A man with a plan can be incredibly sexy to a woman. If she enjoys the attention, then she will begin to feel attraction.

However, it has been said “men are like microwaves and women are like ovens,” so please take some time to allow the romance to develop. It will be worth the wait when you win her heart and ignite her passion.

Most women are turned on by a man who shows he cares.

To assess a woman’s interest level:

It’s a widely taught concept that there is no intimacy without risk or vulnerability. Someone has to take the risk to reap the reward. Will it be you? Throw caution to the wind because love is worth it!

How Senior Men Can End a First Date with No Sizzle