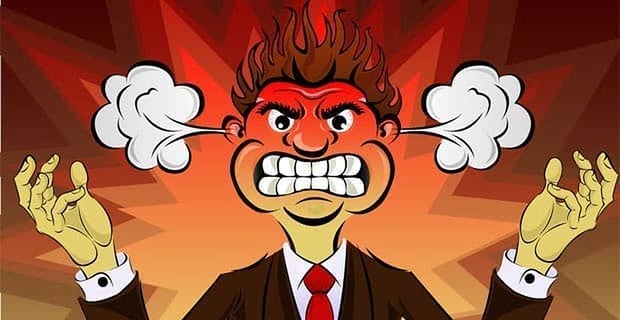 Jealousy is one of the most destructive forces that can come into play in a relationship, and it is one of the major reasons a woman will choose to dump her guy.

A teaspoon of jealousy may demonstrate that you really care for your girl, but any more than that says more about you than it does about her. Getting over your jealous inclinations could be the most important thing you ever do for yourself and your relationship.

What is jealousy, anyway?

Remember that a woman is attracted to strength, whether it is physical strength or strength of character. She seeks the alpha male (the top dog, so to speak) who will protect her and provide for her.

When you are jealous of the guy she is talking to, it is a clear message to her that you think he might be a cut above you. This may make her see you as less of a man and the other guy as a more attractive prize, even though she had no intention of being with him until you lost your cool.

It is your confidence in yourself and your unspoken assumption that she will return to the arms of the most worthy man (you) who plays an important role in her continuing perception of you as “The One.” And women are never unfaithful to The One.

Your displays of jealousy may infuriate her for questioning the unfailing loyalty she has invested in you and the relationship so far. You are basically telling her you don’t trust her, which will be the beginning of a wedge that drives her away from you.

Your suspicions and accusations will do absolutely nothing good for her or your relationship, but they may become a self-fulfilling prophecy that drives her into the arms of another man.

“As long as she keeps coming back, there is no reason

to ruin things with your unbridled jealousy.”

Why is she smiling at that guy?

Before we look at some solutions for abandoning your jealousy, it is important to understand some of the triggers that set off your jealous response.

At this point, you might be saying, “It’s not me or my insecurities. It’s her and her constant flirting!” If the relationship is great when you’re together, that is very possibly not the case.

Men are programmed from birth to be men, and women are programmed to act like women. They learn at an early age that a smile is not only polite, but it will make people like them and help them get the things they want and need.

It may not be your nature to smile at people and be charming when you are speaking with them, but it is her nature.

Your imagination is not always an accurate representation of what’s really going on. She is a woman and her brain is not always directly connected to her crotch, as yours is.

She reacts and responds to people on the polite human level as she always has, and she doesn’t even know her beauty and feminine wiles are oozing out just a little. She smiles because that’s what she does, and she giggles because she is a bit ill at ease in the situation.

If that happens to disarm another man enough to do a favor for her boyfriend, then that’s just human nature at work. If she’s going to cheat on you, it’s not going to be in front of your face.

With a better understanding of the dynamics at work, here are some ideas that might help you control your jealousy:

She is the prize you worked very hard to win, and you never saw any reasons to be jealous then. She is the same person now. Believe what she says and give her a long leash.

Whenever you lose rational perspective and assume her tardiness or actions point to unfaithfulness, try to imagine three positive things that might explain the situation, too. Don’t always jump to the worst-case scenario.

3. Judge her by the times you’re together.

If there are secret things going on in her life, you will be able to sense them when you’re together. If she is always loving and giving, and not detached or cool, then assume she is just as into you when she’s away — because she is.

4. Work on your own self-esteem.

If you don’t believe you deserve the woman you have, then your insecurities will rise to the surface, and so will your jealousy. Be the man she deserves and she will make you feel confident in your relationship with her.

Understanding that jealousy will always harm a relationship should help you keep it harnessed. Your jealousy tells her that you are weak and insecure, that you don’t trust or believe her, and that you don’t appreciate her loyalty.

You love that she is a friendly, appealing girl, so it is to be expected others will appreciate that about her as well. Just relax and love her.

As long as she keeps coming back, there is no reason to ruin things with your unbridled jealousy.

How to Improve Your Marriage