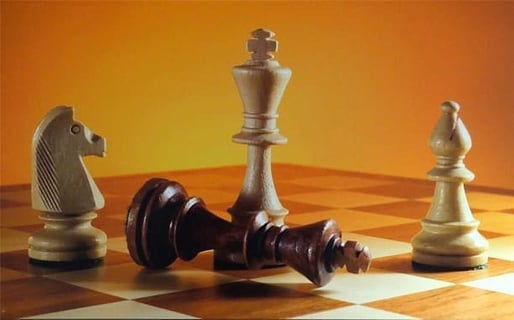 How to Not Ruin a Friend’s Game

No man wants to get in the way of a friend’s game. Yet a quick trip to your favorite bar on any given day of the week will reveal countless examples of this deplorable behavior. But before you start casting too many judgments at your peers, remember that you’ve likely gotten in the way of your own friends on many occasions.

So how can you avoid ruining his game and maybe even contribute to his chances of taking home a nice young lady for the evening?

While all of us occasionally ruin our friends’ chances on purpose (let’s be honest), more often than not, you will unintentionally ruin their chances with the women they desire.

Either you don’t notice your friend is trying to kick game to the woman they’re talking to or you screw up their chances when you’re sincerely trying to help them out. You can defeat both of these problems by simply paying a little more attention when you’re out with your friends.

In order to prevent ruining his game, you need to pay close attention to the social dynamics surrounding everyone around you when you’re out and about with your friends. Pay attention to the cues your friend’s woman is putting out as if you’re the one seducing her.

Not only will this prevent you from blustering into an interaction inappropriately, it will also help you gauge whether your own actions are helping or hurting your friend’s chances.

If you want to help your friends out, and if you only make one change to your game, start paying attention to what’s going on around you at all times. This can be hard to do when you’re going out with your friends, especially if you’re out at a bar.

But if you have a history of drunkenly getting in the way of your friends, then maybe you need to dial your alcohol consumption back a notch or two and work on being present instead of aiming for personal obliteration on the weekends.

“The best thing you can do to not sabotage your

friend is by acting like a great, attractive guy yourself.”

Once you’ve developed a basic awareness toward what’s going on around you, there are a few simple tips and tricks you can perform to help prevent any unintentional sabotages:

1. Leave physical space between your friend and his woman.

Don’t stand in between them, and don’t “block out” one of them by showing them your back while you talk to the other.

Some gentle ribbing isn’t going to hurt your friend’s chances with his woman, and a little teasing may actually give him an opportunity to showcase his sense of humor. But don’t go too far and outright embarrass or humiliate him.

Conversely, don’t go out of your way to talk up your friend too much to his woman. Don’t endlessly tell her what a great guy he is. Talking your friend up too much makes him seem insecure and like he needs excessive support from his friends.

You’re not going to help your friend’s chances by making his woman feel bad by “taking her down a notch” or by being the jerk he needs to protect her from.

Ultimately, the best thing you can do to not sabotage your friend is by acting like a great, attractive guy yourself. Women will assume that if you’re great, then your friend is great as well, and you will demonstrate he has a social circle she may actually want to become a part of.

How to Tell a Friend You Have Feelings for Her

How to Balance Your Girl with Your Social Life