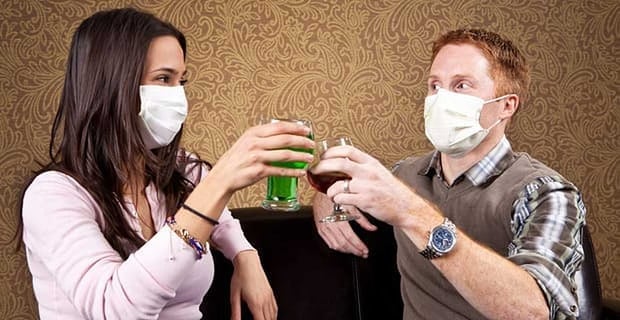 Some men are leaders and some are followers. Some have kind and gentle souls, while others are bad to the bone. For some men, cheating is as easy as changing their socks, and for others, it is an unthinkable and unconscionable violation of trust.

Still, a man’s friends can sometimes cloud his judgment and sway his actions. Is cheating contagious for men? If a guy’s friends are cheating on their girlfriends, does that make him more likely to cheat or want to cheat?

There’s no universal answer that is true for all men, of course, but we can still shed a little light on when men might be influenced to cheat.

Every band of wolves has its alpha male and so does every group of guys. But unlike wolves, men tend to follow another’s lead only if they respect him.

The apparent top dog that barks the loudest may not be the moral and spiritual leader of a group. In fact, there is a good chance a guy will try to talk his buddy out of his philandering ways rather than join him in his escapades.

However, if the lead man is in a position of authority over the other man or men, the chance of following his cheating lead may increase a bit.

If a military officer or boss at work sets up a good time for all, it may, in the moment, make it seem like they have permission to participate in the evening’s festivities.

A few rounds of alcohol and a male-bonding experience that will get them accepted into the brotherhood can be tempting. Then an authority figure adds, “We do it all the time and no one will ever know. It’s like it never happened.”

The “What happens in Vegas stays in Vegas” code of silence can actually transport a man into a different reality where his other life and girlfriend don’t even exist.

This is not to say every man will fall in line and take part, but it is a scenario that can sometimes allow a good man to make a bad decision.

“Every wild animal has to be domesticated

and broken of its wild instincts.”

That old gang of mine.

Men tend to associate with others who share their interests and values. His core group of friends outside of work is usually a close-knit collection of guys who know each other well, enjoy each other’s company and are comfortable together.

In groups like this, there is often no leader or they each have their own area where they step to the front.

The peer pressure swings both ways in these friendships, and the man who is the conscience of the group is on a par with the social director, the comedian and the public relations spokesman.

Mature men don’t generally feel a need to follow the bad example of their friends. Of course, if they’re all players, their moral compass may point south.

Most cheaters are born, not made. They go into a relationship knowing full well they have no intention of giving up other women. They most likely do it for sport and not for love, but it is just a part of their lifestyle and psyche.

But the good men that are totally in love with their women, though vulnerable to moments of weakness at times, can usually be depended on to use good judgment.

They not only know the difference between love and lust, but they also understand the responsibilities that come along with having and keeping a good woman.

Every wild animal has to be domesticated and broken of its wild instincts before it is safe and dependable around the house. Men are no exception.