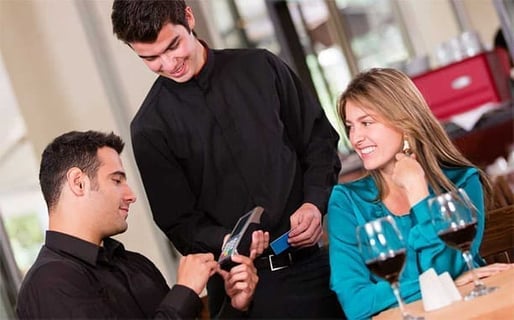 Strap on the Wooden Clogs, It’s Time to Go Dutch

A few weeks ago, I was having a drink with a friend when she brought up a concern about her new relationship. The issue is that she makes significantly more money than the guy she’s dating. She explained the problem wasn’t that he was unable to pay for both of them but that he gets uncomfortable when she offers to pay.

For most dinners and drinks out, they’ve decided to go Dutch. But my friend knows her boyfriend is spending money he doesn’t have, and she doesn’t know what to do about it. She grew up in a hardworking, Southern family, and he comes from a family with money. The difference is while he’s been starting up his welding business, she went and got a master’s degree to work in the corporate world.

I told her nobody should go into credit card debt because of dating or dinners out. I told her to sit down and have a real heart-to-heart with her boyfriend about the issue. I told her to remind him she comes from a humble, hardworking, generous family, and lowering his stress level about going out is more important to her than money.

It’s 2012 and I believe we are way past the point of the man paying for everything. Sure, there is still male-female income disparity in the United States, but that doesn’t mean women are handicap and unable to support themselves. Gone are the days of growing up, getting married and letting a husband take care of his wife. Today, who pays the bill should be based on practicality and a realistic outlook.

Of course, your situation may differ from my friend’s, but you get the gist. Going Dutch or not going Dutch is not a black and white decision. It’s no longer assumed the man foots the bill. If you’re far enough along into a relationship you feel comfortable starting a conversation about finances, then come up with a system that works for you — with or without the wooden shoes.

Dating and Drinking: How Much is Too Much?

Finding the Receptive Women at the Bar