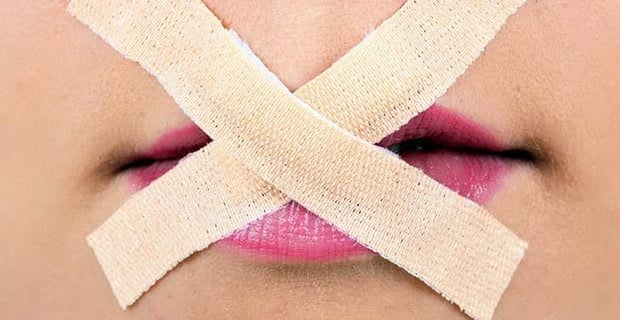 Has your girlfriend or wife ever lied to you? What was it about? Was it something silly like her age or weight? Or did it bear more serious implications of a break of trust such as adultery or a spending habit?

When a woman lies to you, she is not only being dishonest. She is also indicating that she doesn’t respect you enough to tell you the truth.

Telling a “little white lie” is another story. People tell half-truths to protect the feelings and emotions of people they love. This should be regarded differently than an all-out lie that happened because she didn’t want to face the consequences.

What are some typical lies that women tell and how do you keep an eye out?

1. “Spending time with your mom is great.”

A report by iVillage, a women’s-interest website, indicated that 51 percent of women said they’d rather stay home and clean the house than listen to their mother-in-laws talk. Ouch!

When your lady says she loves your mom, always second guess her intentions.

Call BS on this one. Women think their guy should have a supersonic case of ESP and be able to decipher what they meant opposed to what they said. If she tells you she’s not mad at you, then she probably is.

If she has to convince you (and most likely herself) that an item was worth purchasing, then she probably knows she shouldn’t have bought it.

There are literally thousands of lies women tell their boyfriends and husbands. When it seems like she’s trying to convince herself of something, then it’s fishy. If her actions don’t meet her words, then something’s fishy.

Good luck and stay vigilant. It could be as silly as, “No, really, I like pork rinds” to “My period’s always sporadic.”

Is it Ever OK to Lie to Your Girlfriend?

Should Men Listen to Their Friends’ Dating Advice?

2 Ways for Men to Find Love in the Fall

3 Magic Texts to Make Her Want to See You Tomorrow