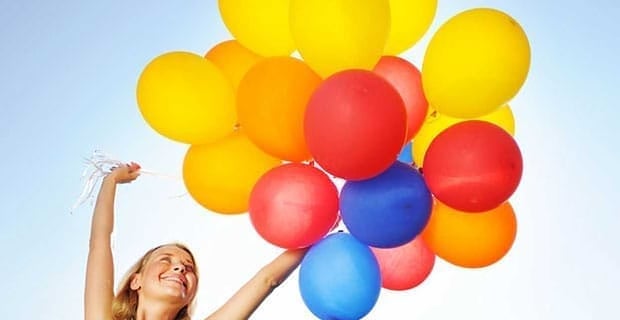 Alexander Graham Bell once said, “When one door closes, another opens; but we often look so long and so regretfully upon the closed door that we do not see the one which has opened for us.”

It’s hard to let go of regret. But like Bell said, if you concentrate on the regret in your life, then you won’t see the open doors to your future all around you. Yes, regret is especially difficult when it comes to dating. You carry around the “should haves” and “shouldn’t haves” like a dead weight. That’s why, ladies, it’s time to stop living with regret.

Easier said than done? Perhaps. But nobody said finding love is easy. Here are some very specific examples of how the “should haves” and “shouldn’t haves” happened and what you can do to let them go.

You dated a guy since college. On your fifth anniversary, he proposed. You freaked out, said no and broke up with him. He’s now married and lives happily with his wife and two kids. You haven’t been able to move on, constantly wondering if you made the biggest mistake of your life.

If this were the man you were meant to spend the rest of your life with, then you wouldn’t have freaked out when he asked for your hand in marriage. It’s that simple. Find a way to be happy for your old beau and in turn, happiness will find you.

“If we spend our day thinking about what we

should have done or what we shouldn’t have

done, then it leaves little time to move on.”

You were in a long-term relationship with a guy when he told you he knew he would never want kids. You stayed with him and now you’re nearing 35 and feel like you missed out on having a baby. The two of you never married. Now you’re contemplating leaving him to find a man who wants kids.

This is a tough situation. First of all, you should have been honest with yourself from the beginning. Having a child or not having a child is a relationship deal-breaker. You stayed with this man out of fear of being alone, and now you’re regretting the choice you made. Revisit the situation with your beau and see if he’s changed his mind. If not, then you need to follow your heart — baby or no baby.

You broke up with a guy who was really great except for his anger management problems. He would be fine one minute, then the next minute he would have an absolute meltdown because he got cut off in traffic. You broke up with him after a few months. Years later, you ran into him with his new wife and baby, and he apologized for his anger issues back when you were dating. He said he had gotten help and is almost free of angst. You wonder “What if?”

It’s obvious where the regrets are coming from, but you’re not a fortuneteller. How would you know this guy was going to get help, become a normal person and find happily married bliss? At the time of your relationship, you were probably dealing with your own personal issues and didn’t have the energy to help him with his. That’s OK.

Whether you look back upon a breakup or just some poor decisions made in a relationship, the truth is that there is no time for regrets. If we spend our day thinking about what we should have done or what we shouldn’t have done, then it leaves little time to move on. Plus, if we could erase parts of our past, we wouldn’t be the person we are today.

How to Cook a Meal for Your Boyfriend