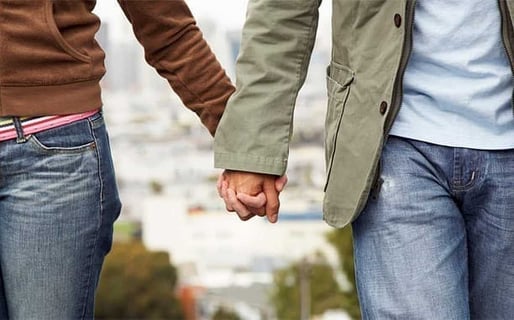 How to Tell a Man You Want to Be Exclusive

So three months have rolled around since you started dating Mr. Perfect and it’s the point in the relationship where you make it exclusive, keep chugging along or break it off. He’s everything you’ve been looking for in a guy, but the only problem is you are ready to take the next step. How do you tell him you want to be his girlfriend without scaring him off? How do you have the “talk” with him?

Go over the dynamics of the relationship.

Before you have the talk with him, run through the relationship in your head. Make a list of the pros and cons to decide if this is what you really want. Have you never felt like this before? Have you been waiting for years for someone like him to come along?

Or do you just like the idea of having a boyfriend? Have some idea of what you want to say. When you decide to tell him, go over those pros with him. Give him examples of why you guys work so well together. This will show him how you’ve enjoyed the past three months and how important extending the relationship is to you.

that’s what you need to say.”

Come prepared for either answer.

You know how you feel but might not be so sure how he feels. So, you need to prepare yourself mentally and emotionally for his response. He may not be willing to give up seeing other women. Go into the conversation with confidence and your head held high, which will show him you will be OK no matter what his decision is.

Just go for it!

Be completely honest about your feelings and intentions. If you’re ready to jump feet first, that’s what you need to say. Expressing only half of what you want will give him the wrong impression of your needs. Once again, have you never felt like this before? Tell him! He needs to know how he makes you feel in order to make his decision. Who knows, he could be feeling the exact same way and was just waiting for the right moment to say it. But remember, there is a fine line between expressing your feelings and overwhelming him with your emotions. Once you ask him, stop talking. Give him a moment to think about what he wants.

If he decides he can’t be exclusive right now, the ball’s in your court to decide if you are willing to wait. However, don’t jeopardize your time, emotions or energy in order to appease him. Make subtle changes to the relationship so you can get some of what you want and he isn’t getting everything he wants without any compromise. Maybe don’t stay over at his place so often, or start dating other guys so you aren’t so available to him.

If in a few days he comes to his senses and decides you are the one for him, then you two can happily move forward in your exclusivity. But if he isn’t willing to meet your needs, it’s time you go find someone who will.

Those Three Little Words: How to Say “I Love You” First

How to Know He is Boyfriend Material

How Women Can Balance Social Lives and Relationships

How to Get a Bachelor to Settle Down