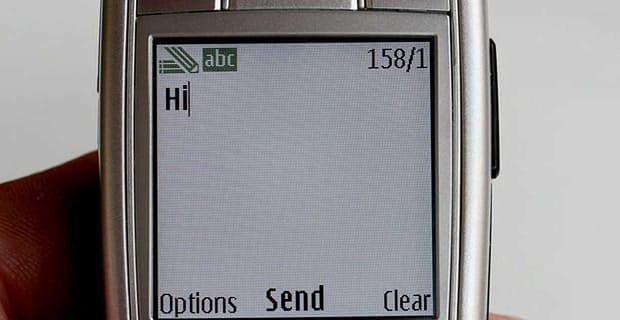 How Women Can Follow Up After a First Date

It’s the 21st century. Heck, it’s dawning of the third millennium. Women have evolved to the point where they are on an equal footing with men in every way. Unfortunately, your male counterparts are not as evolved.

You can break through the glass ceiling at work and be taken serious as the top dog, but when it comes to dating etiquette (like following up with your guy after a first date), you still have to dance around men’s fragile egos and play by the old-fashioned rules of the game.

The good news is that there are two things that can push the envelope a bit and allow a woman to take the lead in certain situations: Your aura of personal power and modern technology.

There’s no reason to sit around waiting and wondering after a first date while the guy keeps the ball in his court. If you have a cell phone, you have a ball, too. So play ball!

Embed a future connection in the date.

Guys sometimes need a reason to call. They don’t want their buddies to think they’re whipped by seeing you every week, and sometimes they just don’t want to bother you at the wrong time or don’t want to seem too eager.

If you want another date or a call, it’s always a good idea to plant a seed when you’re on that first date.

You might be talking about a movie you both want to see or a local band he likes. You can suggest that you get together to see the movie or hear the band, but you don’t even have to do that.

You just text him a day or two later and say, “Hey, ‘Zombies on Mars’ comes out Friday at the Cineplex 20. My treat, if you’re interested.” Or tell him where his favorite band is playing this weekend. For a little extra insurance, steal his lighter (accidentally, of course).

“Always remember that you are the prize.”

Don’t wait two or three anguish-filled days before you act. When you get home after the date, or maybe the next day at lunchtime, send him a short text to thank him for the date and tell him you had a good time.

That should be enough to let him know you’re interested in seeing him again, which will eliminate his fears of rejection if he calls you. It might also get a response and start a pattern of communication.

You’re not going to want to send multiple texts in one day or even a text every day (unless you get responses), so make sure you clearly get your message across when you do text him. If you want to say, “Call me sometime. I’m always home between 7 and 8,” just go ahead and do it.

A bulldog is a tenacious animal that never gives up when he decides to take on another dog — or your pant leg. A lot of local businesses market this way.

You know how you keep getting those mailers from the place where you got your oil changed or your car dealership, or maybe even the bakery where you put your name and address in for a raffle? They just never let you forget that they’re still there.

You can be tenacious, too. The trick is to do it without seeming needy or annoying.

So, you text him at lunchtime the next day but so far nothing? A couple days later you can copy him on an email you send to a few people with a funny cartoon you found on the Internet.

Bear in mind that if he hasn’t called you back in a reasonable time, there’s nothing to screw up by contacting him anyway. Guys often feel too guilty to call after they’ve dropped the ball for a week or two because they think they’ve blown it and you’ll be upset.

If you want to find out if he is a bad guy or just an incompetent dater, call him out of nowhere after a few weeks and invite him to coffee or happy hour. You’ll be able to tell pretty quickly if he’s happy to hear from you or not.

Just don’t bet all your emotional marbles on a guy who doesn’t know how to treat a lady.

Every guy is different, and many guys would love if you just called and gave him the chance to ask you out again. But others will not be so appreciative.

Whatever you can do in the course of your first date to let him know a specific time to call you, to get permission to call him in couple of days or even to set up a second date is the best way to keep the connection going. Use your power to take charge in the moment.

When he’s dropping you off after the date and goes for a kiss, pause and ask him if he’s going to call you tomorrow, and then give him a kiss to remember.

Your favors come with a little responsibility on his part, too. Always remember that you are the prize, and that gives you the power and the privilege to be an equal partner in the dating game.

You might use your power in more subtle ways, but the strong women many men love can also be a bit more direct when the situation calls for it.

First Date Doldrums: How to Liven Up the Conversation