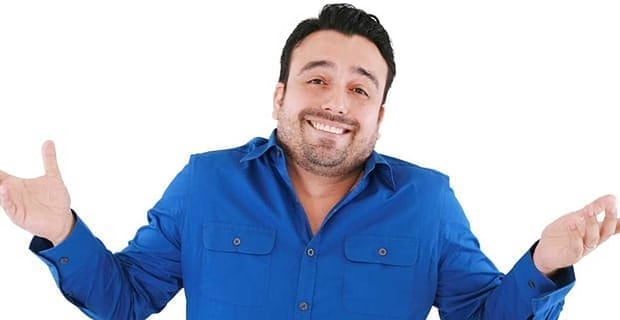 “It’s not you. It’s me.” It’s probably the most common breakup line in the book. But what does it really mean when he says this to you? Is it true? Or is it really you? How can you tell if he means it, and how do you move on from there?

The truth is that it might be his best assessment of the situation. But, of course, a lot of times it’s just a way for a guy to weasel out of a dating relationship. He might be too cowardly to tell the truth or might not want to hurt a woman’s feelings.

But it’s never a fulfilling revelation. It offers no closure and no real information to process to allow a girl to make any meaningful changes in the future.

It really is him.

Sometimes everything looks good on paper but the magic just doesn’t happen for him. You might be all set to give it a chance and let things move ahead at a natural pace, but he’s already lost interest. For one reason or another, he sees no point in continuing the relationship.

The point he’s making is that there is nothing wrong with you. He likes pizza and you’re a hamburger. It’s not a fault of yours. It’s not you, and it’s not really him either. It’s just the “us” doesn’t come together in the way he would like it to.

For a man, it can even be a response to the pheromones that don’t quite jibe. Even the scent of the sex can be off-putting if it’s not a good physical match. That’s not your fault. He may not even be able to put his finger on the problem.

It’s possible he even wishes he could feel the passion for you because of all of your great qualities, but the stars are not in alignment. Every pairing is not a mutual match, so don’t worry about it and move on.

“Find someone who appreciates you.”

If it really is you, then it is related to behavior and not to your physical being or sexual compatibility. It takes two people to be compatible.

Women have an intuitive way of reading people, except when there are feelings involved. Then hope and optimism can blind you to reality.

If he gives you this kiss-off of death, reflect back on your time together and see if you can identify little things in his behavior that may have been a sign of things to come.

If there did seem to be magic happening for him at one time, you may have moved too fast, become too clingy or controlling or just expected too much too soon.

There’s no easy way to explain the “It’s not you. It’s me” breakup. The good news is that it usually comes fairly early in a relationship.

If you’re getting this explanation after living together for a year, well, it’s definitely him. Whatever your flaws, if he couldn’t communicate any problems before that, then he’s got some real relationship issues.

Just take it for what it is, force out whatever information you can, and be prepared for some shocking news if you can actually dig it out of him.

Chances are it’s just not a good match. That happens sometimes. But there are dozens of great matches within a few miles of you right now.

Find someone who appreciates you and see if you can appreciate him, too. Next time you may very well be the one telling the guy that it’s you and not him.

How to Fix a Broken Relationship: An Expert’s 10 Tips