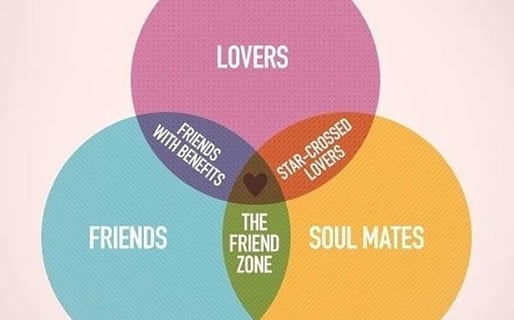 5 Ways to Get Out of the Friend Zone

As someone who spent most of my life in the “friend zone,” I can empathize. You were a tomboy as a kid — riding bikes, jumping off rope swings and being dared to eat worms. Then in middle school, you looked for acceptance and started collecting baseball cards. Take us to high school and you were the girl offering to wear a team jacket and take scores at hockey games.

So what happens when you get to college or graduate college and want to start being seen as something other than a “friend”? There are actually a slew of things you can do to be looked at as potential girlfriend material. Here are a five to get you started.

1. Stop complaining about always being in the friend zone.

2. Stay clear of being the class clown.

The reason guys love you is because you’re funny and fun to be around. Now, I would never tell you to change, but maybe take it down a notch. Pretty much the only person who can succeed at making fart noises and still look hot is Jenny McCarthy. The role has been filled.

“Do a little refining so guys will

stop placing you in the friend zone.”

Say you’ve fallen in love with your best friend and he has no clue. You want him to start looking at you as a potential girlfriend and not as his cute, funny best friend. Well, you could always use the flirt tactic to make him a little jealous. If you start flirting with other guys, he will look at you in a different light. You’re not doing it to hurt him. You’re doing it for him to start taking notice of you as a sexual being.

Yes, it’s a terrifying thought, but do something “girly” like bake muffins, wear a dress, wear makeup or go to the spa. If you do girly things for yourself, then eventually that will exude a girly confidence when you’re around the guys.

Just remember, the reason guys love you so much is because you’re down to earth, funny, low maintenance and loyal. Don’t change. Just do a little refining, so guys will stop placing you in the friend zone rather than the potential girlfriend zone.

Can’t We Just Be Friends?