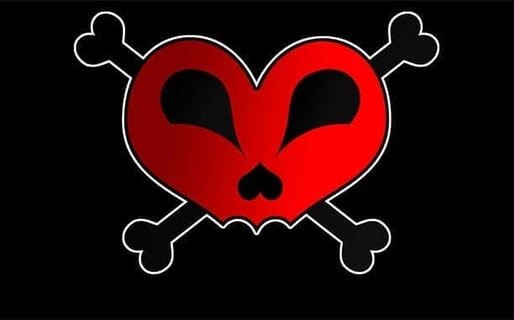 It’s not easy to make a guy walk away from a beautiful woman, but there are some dating deal-breakers that even the undiscriminating caveman will not tolerate. Most self-respecting guys tend to distance themselves from psychos, nags, emotional messes and women who try to cripple their male ego.

Here are a few of the behaviors that could cost you a relationship with a great guy and label you undateable:

Men are people too. They might come with a tough exterior, but there are a lot of chinks in their armor that leave their tender areas vulnerable. Every minute you spend talking to or noticing other men seems like 20 minutes to your guy.

When you’re on a date, don’t wander too far afield, with your body or your eyes — at least not for very long.

Sure, you’ve known that guy for years. You see him approaching you and your boyfriend, but are you aware of the amazing smile, eye contact and greeting you’re giving him?

Did you realize that you just checked him out from head to toe as he approached you?

To your boyfriend, you might as well be licking him with your tongue and wrapping your legs around him. It can be those very subtle glances and the glint in your eyes that tells your boyfriend what he thinks is really going on in your heart and mind. It’s a major turn off.

It may be just a perceived bond in his mind, but it is hurtful and threatening to him. It seems like no big deal to you, but you owe him your full attention and should expect the same from him.

You said you were going to the gym, but you really went to the bar. You blew off a night out with his friends which was really important to him so you could visit your family–but you spent the day at the mall.

Sometimes white lies are just easier than telling a guy you need a night out with the girls or you’re just too nervous about meeting his friends until you lose 7 pounds. Or you might just not feel a real connection to your boyfriend.

He will catch you in one of your lies, and he will assume the worst. Constant and honest communication is the only way to build a healthy and happy relationship, and trust is the foundation of it all.

You’re a modern woman with a fast-paced and organized lifestyle. But a relationship is a team effort.

Just because he needs you to tell him to pick up his socks and wear a decent shirt to visit your parents doesn’t mean he will tolerate your trying to spoon-feed him every detail of his daily routine. He doesn’t need another mommy.

Men thrive on feelings of competence and independence. Their masculinity depends on it. You can build a fence to keep your stallion within certain broad boundaries, but you cannot tell him when to trot, when to gallop or how to make every move to suit your liking.

Too many rigid regulations are likely to leave you with no one to boss around.

“If this becomes your reputation,

You cannot go all the way to the other extreme either. You can depend on your man for many things but not for everything. Men need a woman who has her act together and understands that you are still two separate individuals, too.

If his need to meet the guys for beer and billiards is so threatening to you that you feel abandoned, this could be a problem. If he has to leave you with tears of mascara running down your face every time, he may eventually choose not to come back.

If you always have to ask for validation of his affection, you may drive him crazy, too.

There is a time and place for everything. No doubt, he often deserves a good talking-to, but there are rules of decorum that will keep you from harming the relationship with your “constructive criticism.”

First of all, always try to keep your advice positive, and deliver it in a loving way. Don’t make everything his fault, and work on solutions as a team. Most importantly, never demean him or read him the riot act in public. (Yes, this includes Facebook and Twitter.)

No man will stay around for long if he is made to look like a woman’s lap dog or whipping boy in front of friends or family (his or yours). If standing his ground and preserving his manhood means walking away from you, there is really no choice for him.

If you dress up your pets and set a place at the table for them, you will probably freak out a lot of guys. Weekly enemas, hours of couponing every day, praying before sex or even enumerating the horrors of meat-eating every time he bites into a burger are just a few examples of weird habits that will get most guys running for the exit.

Any obsessive-compulsive behavior has its risks in relationships, so at least try to make it look like you were born on planet Earth.

Substance abuse with drugs or alcohol, physically or emotionally abusive behavior, a hair-trigger temper or constant wild suspicions and accusations about his behavior when you’re not around will quickly put you in the category of “psycho.”

If this becomes your reputation, you might as well join a leper colony because no man will want to date you.

People enter into relationships to make their lives better and to feel more fulfilled. The best advice, ladies, is to think before you speak, appreciate and build up your man and give him some slack to be himself.

Respect breeds respect, and you will reap what you sow.

5 Signs You’re Not Ready for a Relationship