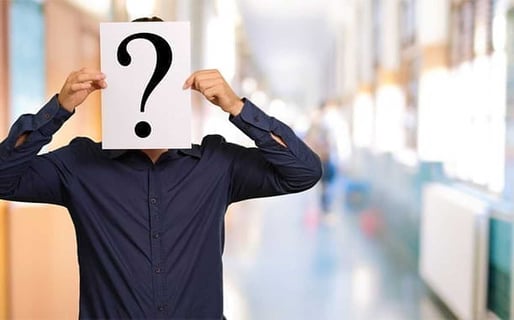 Asking a man out can be a really stressful experience. When you see a man you find attractive, a strange natural system kicks into place, flooding you with a fine-tuned hormonal balance that both exhilarates and cripples.

Learning how to handle this powerful emotional experience, one that makes you want to both run away and stay forever, is a crucial element of asking another man out.

You’ll find endless articles online devoted to dealing with this experience, which is often defined as “approach anxiety.” If you find the idea of asking a man out difficult, you’ve probably read some of these articles before.

While well meaning, most of these articles suffer from a big problem — their advice doesn’t work. Most so-called experts argue you need to either ignore approach anxiety or overpower it.

Every man alive knows it’s impossible to ignore approach anxiety. Distract yourself all you want, but the second you actually take action and speak to this man all those conflicting feelings will rush right back.

Overpowering approach anxiety is just as problematic a notion. No matter how strong willed you think you are, this deep biological impulse is more powerful.

If you can’t trick approach anxiety or wrestle it to the ground, how can you deal with it? Simple — you can use it.

Instead of letting this rush of emotions paralyze you, let this powerful experience energize you. Use it as emotional fuel, as energy, and let it propel you forward. Feel nervous and flustered and afraid, feel it deeply, and work off of it.

Have you ever been able to achieve something you thought was impossible by tapping into a seemingly negative emotional experience before? Have you ever used anger to accomplish something beyond your normal abilities?

“Asking a man out doesn’t need to be complicated

and it doesn’t need to be overly difficult.”

Actually approaching a man is the hardest part of lining up a date. Once you go up to a man and meet him, you will immediately feel most of your anxiety subside.

I’m not saying it’s all smooth sailing as soon as you start a conversation with an attractive man, but I am saying the approach itself is the hardest part.

During your conversation, you will still feel nervous and jittery, but you’ll be a lot more functional than you were before you made your first move.

Once you’re talking to a man, there are a couple bits of information you want to discover before asking him out:

Once you determine the answer to each of these questions is “yes,” then you’re in a great position to ask him out.

Get this information naturally. Don’t grill or interrogate him, but simply share an enjoyable conversation. Make sure you stumble into the first two points, and then pay attention to his body language to determine whether he’s attracted to you.

Once you know he’s available and feels interest in you, all you need to do is ask him out. Asking a man out is still a little nerve-racking, but it’s much easier than taking that first step and approaching him.

Keep your request casual, keep it along the lines of grabbing a cup of coffee or a drink sometime to continue your conversation, and ask him out in a confident but relaxed manner.

No matter what he says, continue to talk to him for another minute or two, and then leave.

Asking a man out doesn’t need to be complicated and it doesn’t need to be overly difficult. If you learn to ride through that wave of powerful emotions known as approach anxiety, then every other step of the process will unfold with incredible ease.

How Gay Men Can Introduce a Date to the Family

Approaching Him with Gusto